Christmas apparently come early at the tail end of 2016 for some 600,000 households in far flung parts of the UK after the government announced a £440m broadband rollout for rural properties – not exactly radical action but it’s a start.

Culture secretary Karen Bradley boasted that the money will bring faster speeds to homes and businesses in the remotest corners of Britain. But will there be dancing on the streets of the Isle of Bute in Scotland or the sound of champagne corks popping in Carmarthen, Wales, where broadband speeds crawl along at under 10Mb/s? Probably not.

There is no timeline in place for when the new homes will benefit, meaning the prospect of downloading Love Actually in time for next Christmas remains as distant as their dwellings.

This trifling investment shows we are tinkering around the margins of a vital issue on which we really need to get a grip. Connectivity is the key to the future jobs market and £440m cobbled together from efficiency savings and BT returned subsidies is not going to make a huge difference.

We need to take radical action to put rocket boosters under Britain’s economy and empower every single household and business with superfast broadband.

By radical action I mean this: scrap HS2, the high speed rail link between London and Birmingham, and spend the £50bn-plus creating a broadband network that would be the envy of the world. With that level of serious investment, we could plan to connect every home with a fibre optic link – the broadband gold standard.

Chancellor Philip Hammond promised £1.14bn to improve fibre broadband and the 5G mobile network in his Autumn Statement. But that is small potatoes when it comes to infrastructure spending.

Just imagine what could be achieved in commerce and education with a £50bn cash injection for broadband.
Businesses springing up from Anglesey to Arbroath, from Ilfracombe to Cromer, all boosted by broadband and mobile speeds that wouldn’t be out of place in the world’s great capital cities. School children and college students no longer feeling they have to leave for the big smoke just to become part of the digital revolution.

Rather than suck money into the centre – as HS2 is bound to do – we should spread it around the regions.
Workers would get a real choice about where they lived instead of being forced to cluster in London and pay through the nose to rent a flat. The possibilities are endless and all within our grasp if we yank the emergency brake on this costly and ill-conceived rail link.

And for those who do rely on a face to face connection in Birmingham, they could always take one of the 150-plus trains making the journey daily. 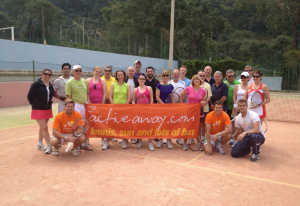