What do you do? It’s a question that comes up almost every time you meet someone new, in both professional and social circles. For some entrepreneurs, this can be a tricky question to answer, especially if you have lots of jobs on the go, or have a new-fangled job that’s difficult to explain.

Speaking at this year’s IslExpo on the Isle of Man, writer and podcast host Emma Gannon, told her story of how she turned her side hustle into her main gig – and explained why people need to be more open-minded towards the new normal way of working.

Don’t get tied down

Gannon speculated that, in the UK, there is almost a culture of hating your job and bonding over it with others, who also hate their jobs. Although Gannon had a career working in glossy magazines, she realised the industry was changing.

She began blogging back in 2009, and when brands like Topshop reached out to her, she realised she was at a crossroads. Gannon started building a sort of portfolio career, working on several projects at once. People ask her if this makes her feel secure – there is still something about the 9-5 t that is ingrained in people.

“This idea of security has totally changed for me, because if something went wrong, if one or two of my big projects went, I would be fine because I’ve got six others. The positives totally outweigh the negatives,” she explained.

At the same time, she watched others being made redundant in big companies that you’d never expect to fold. She was freed up, and not tied to a sinking ship.

So why isn’t everyone doing it?

Gannon believes we are in the middle of a “confidence crisis” because really, it is so easy to create a podcast or launch a blog, or get working on a side project now. People have the potential to open up second revenue streams, but so often they just…don’t.

“The barriers to entry are so much lower, your voice can be heard” – Emma Gannon

According to Gannon, we shouldn’t assume what we are doing now is going to be what we do for the rest of our lives – the way we define ourselves is changing. She said: “If anyone is sitting here thinking it it’s nothing new, I agree with you, but what is new is the technology we have alongside it.”

Her theory is that, as millennials graduated into a recession, there was a lot of scaremongering that made graduates thankful for any job they could get their hands on – and feeling grateful keeps you stuck.

However, Gannon wants people to understand that a side hustle doesn’t mean quitting your job and travelling the world. It’s much more sensible than that.

How do you get started?

Gannon’s advice to getting started is simple – start small and see what happens.

A lot of it comes down to confidence, and she conceded that if she’d had more confidence she might have left her day job sooner – but when the side hustle starts outperforming your salary, it makes you think.

It’s also worth taking traditional career advice with a pinch of salt – conventional wisdom such as “don’t be a jack of all trades” and making sure you stick at a job for at least two years or it will look bad on LinkedIn, etc.

“Why not dabble?” asked Gannon. “You’re going to last longer if you’ve got a dew different skills, I think, to cover your back.”

Ultimately, it comes down to trying things out, taking up some extra projects on the side, maybe seeing if you can work flexibly around your day job until things are ready to take off. Just don’t let a lack of confidence hold you back. 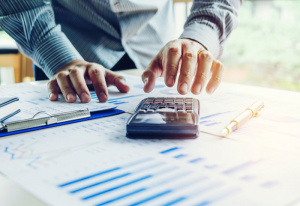 May 2018 economic statistics: All the figures SMEs need to know