However, the ten-year, £369m project to repair Buckingham Palace shouldn’t be seen as a cost to the taxpayer, but a cash injection for the UK’s construction sector.

In the week of the Autumn Statement, which is expected to be heavily-laden with a commitment to invest in infrastructure, the Queen is doing what any good monarch should do and lead from the front by supporting a project that will deliver a boost to British companies with the skills and experience to undertake such a significant contract.

Whether it’s a railway system, a motorway or one of the country’s most recognised buildings, it is essential that the UK invests in its fabric to ensure we remain an economically competitive and financially attractive country.

As a plumber, who has stepped across the threshold of one of the world’s most recognised royal residences when I was presented with my OBE, I can see what a big job it will be to secure the future of this iconic building.

The palace pretty much needs a complete overhaul of its plumbing and electrics, some of which haven’t been touched in 60 years. I don’t think any respectable contractor with the expertise and experience (including myself, of course) would turn down the chance to work on a renovation project at Buckingham Palace.

However, the challenge is to not just let the large multinational contractors get their hands on the job, but to ensure that skilled SME companies have the opportunity to be part of the project.

Earlier this year the National Audit Office reported that government efforts to support SMEs through direct procurement needs to be more focused. Its report did say that the role of SMEs in government procurement is growing with 27 per cent (£12.1bn) of spending in 2014-15 going the way of small and medium firms.

However, the report also stated that SME leaders still face barriers that prevent them from bidding for public sector contracts. This will be helped, I hope, by Enterprise Nation founder Emma Jones, who was appointed in the summer as the government’s small business Crown Representative tasked with breaking down barriers for SMEs to do business with the public sector.

In particular, we have to cut the amount of red tape that businesses have to go through to get the chance to be part of significant infrastructure projects, be it a royal palace or whatever the chancellor plans to announce at the dispatch box this week.

Of course, projects of this magnitude are given to a large main contractor with the experience of managing major infrastructure works. However, perhaps there should be a requirement placed in the main contractor’s agreement with the government that a proportion of the work should be given to SMEs.

That would make it easier for SMEs to bid for elements of the project and would definitely ensure that the government’s infrastructure spending is better shared across the UK economy.

Buckingham Palace is a cherished national asset, as are the talents and skills of Britain’s SME businesses, which, if given the opportunity, can play a vital role in the development of the country’s infrastructure. 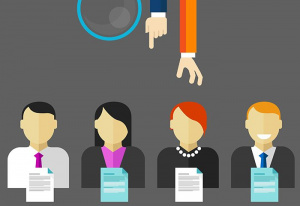 Taking care of the small things, to avoid a big business mistake