Last month, it was announced UK grocery sales are growing at their fastest rate in more than two-and-a-half years. Food price inflation is driving bountiful gains, but only if you’re one of the bigger boys – as seen with what happened to Budgens.

That same day, Budgens announced it will close 34 of its independently-owned stores due to “difficult” trading conditions. It is believed the closures won’t impact its remaining stores. However, it’s also worth mentioning that the Budgens brand is owned by food wholesaler Booker, which is currently in the process of being swallowed by Tesco.

While the future of Budgens remains up in the air, a bigger trend seems to be gathering momentum: independent grocers are, ever more firmly, being shown the door.

Ironically, this is contrary to what’s happening in many other sectors. From finance to property to taxis, industries are being disrupted and fragmented by newcomers.

Think of the havoc fintech startups are wreaking for traditional banking – the biggest finance brands are at risk of being left in the dust.

There’s no doubt the UK grocery market is changing. Lidl and Aldi, for instance, continue to present a real challenge to the big four – Tesco, Sainsbury’s, Asda and Morrisons.

However, change is mostly being driven by massive household names. Ocado is still one of the best examples of a new guy shaking up the system with its smart ecommerce offering – and that was 15 years ago. Today it’s Amazon standing at the helm of online grocery shopping innovation.

As such, big corporations are at risk of putting the industry – and shoppers – in a stranglehold. Without the Budgens closures hitting headlines, for instance, the Tesco-Booker merger might have slipped under the radar of ordinary shoppers. However, the loss of these local grocery stalwarts has got people questioning the future of how they shop.

To understand what the merger really means for shoppers, we need context. Booker owns brands including Budgens, Londis and Premier, all of which operate on a franchise basis.

The cash-and-carry food wholesaler supplies 120,000 retailers across the country. Small business owners can buy in bulk from hundreds of Booker depots.

But it doesn’t just stop at grocery shopping.

Booker is also a food service, supplying major restaurant chains, pubs and caterers at scale; plus, customers for its online service, Booker Direct, include most big UK cinemas and even Marks & Spencer.

As shoppers start to fully comprehend the scale of mergers like this, and how products get into their shopping baskets, many are beginning to question their autonomy. As well as supermarkets, ecommerce, telecoms and financial services, buying Booker will expand Tesco’s empire even further, such as into the convenience market and the food service business. Are we headed towards a “Brand Tesco” world?

Of course, this isn’t necessarily a bad thing. At the most basic level, shoppers will benefit from a more streamlined service.

For instance, Tesco has promised 8,000 new click and collect points following the merger, making shopping and packing much easier. But the benefits of an omnipotent grocery brand that manages everything for its shoppers needs to be weighed against the experience.

What do grocery shoppers really want to think and feel?

Right across the country, when news of the Budgens closures started to break, local press went into overdrive. In Cambria, it was “sad sights are Budgens aisles are stripped ahead of closures”. From Wales to Dorset to Norfolk, locals lamented the loss of their independent grocery stores.

Rather than ploughing onwards at any cost, big corporations need to recognise – and get to the bottom of –the emotional unease of shoppers.

This starts with understanding what independent grocers mean to the localities they serve. Smaller brands embody community, convenience, familiarity and reliability. Shoppers can step into their neighbourhood store, have a chat with the owner, browse a selection of recognisable products from household favourites or local sources.

Offers are seasonal, specifically tailored to the availability of their suppliers and the needs of their community, while shopkeepers are informed. Clearly, there is still an opportunity for smaller stores to shine if they optimise the refined knowledge that comes from being part of a particular territory.

Meanwhile, in their relentless approach to expansion, corporations are at risk of creating a gulf between what supermarkets and shoppers consider “good service”.

People are increasingly valuing choice and personalisation, meaning the loss of independent shops comes as a personal blow to shoppers.

While making room for the little guy might not be of utmost priority, the likes of Tesco, Sainsbury’s and Asda would do well – whether by teaming up with local suppliers, promoting local brands or gaining a better understanding of the community they serve – to keep the door ajar. 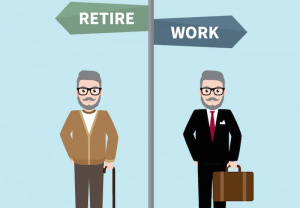