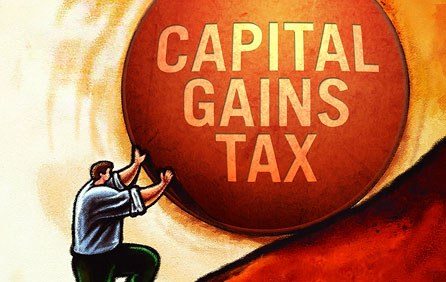 Capital gains tax (CGT) was the single most important issue that entrepreneurs and small business owners were looking out for in George Osborne’s emergency Budget.

Chancellor George Osborne said: “It is right that capital gains tax should increase in order to help create a fairer tax system. Low and middle income savers who pay income tax at the basic rate make up over half of all capital gains taxpayers. They will continue to pay tax on their capital gains at 18 per cent. From midnight, taxpayers on higher rates will pay 28 per cent on their capital gains. “I have also decided that the Annual Exempt Amount for capital gains tax will remain at £10,100 this year and will continue to rise with inflation in future years. I am acutely aware of how important it is to protect the incentives to succeed in business and to innovate. So to promote enterprise, the ten per cent capital gains tax rate for entrepreneurs, which currently applies to the first £2m of qualifying gains made over a lifetime, will be extended to the first £5m of lifetime gains.” The short version: The current ten per cent CGT rate for entrepreneurs has been extended to cover the first £5m of lifetime gains, up from £2m. After this, the CGT rate will rise to 28 per cent. We say: George Osborne was caught between a rock and a hard place. CGT was a key part of the coalition agreement between the Lib Dems and the Conservatives, and George Osborne had to be seen to act decisively. Entrepreneurs were very worried that the CGT rate would be increased in line with the higher rate of income tax, and thankfully this didn’t happen. Yes, increasing the CGT rate by 18 percentage points is a massive increase, but it could have been much worse, increasing to 40 per cent or more. Increasing entrepreneurs’ relief from £2m to £5m is a good move, though, as realising £5m in capital gains covers the vast majority of SME owners. Of course, entrepreneurs realising £10m from their businesses are actually worse off now to the tune of £260,000 in CGT, because the tax relief is more than offset by the rise in CGT for top rate payers. Entrepreneurs’ reactions: Joel Hagan, founder and chief executive of data systems business Onzo: “Most entrepreneurs would be unwilling to take those risks if they believed that there wasn’t a return commensurate with risk. I’m pleased that the government has listened to our concerns about CGT and recognised the vital role that entrepreneurs play. Entrepreneurs put everything they have at risk to create wealth – their own and others – to set up businesses that create jobs, stimulate the economy and ensure UK plc is globally competitive.” Tom Nabielec, founder and chief executive of search engine marketing business Perfect Storm Media: “The real question for society is do we want more or less risk-taking? While the movement from £2m to £5m on the entrepreneurs’ relief for capital gains tax is good, it is not nearly enough to deliver real change.” Victoria Pooley, MD of The Data Partnership: “I’ve always objected to the idea of such a high tax bracket for high income earners, and [increasing CGT] is another version of this. This tax will discourage entrepreneurs and business earners from taking the personal risks on shore, which brings economic strength to the country, when they will only be remunerated up to half of what they earned. The mentality is more ‘steal from the rich (and hardworking) and give to the poor (and dole bludging)’.”