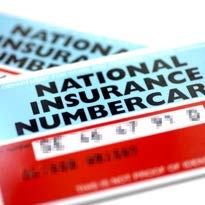 National insurance was one of the hot topics before the general election. Has George Osborne delivered the goods?

Chancellor George Osborne said: “It is my deeply held belief that a genuine and long-lasting economic recovery must have its foundations in the private sector. That is where the jobs will come from – and we will do absolutely everything to support their creation.  “We argued that imposing a jobs tax was the last thing Britain needed in a recovery, and the businesses of the country agreed with us. So we will adopt a different approach. We will make it cheaper for companies to employ people. “From April 2011 the threshold at which employers start to pay National Insurance will rise by £21 per week above indexation. The cost of hiring people on incomes lower than £20,000 will be less than it is today. And in one move we will have lifted 650,000 employees out of this tax altogether. “We will shortly announce a new tax scheme to help create new businesses in those regions where the private sector is not nearly strong enough. For the next three years anyone who sets up a new business outside London, the South East and the Eastern region will be exempt from up to £5,000 of employer national insurance payments, for each of their first ten employees hired. “We aim to have the scheme up and running by September, but any qualifying new business set up from today will also receive help. And the Treasury estimates that some 400,000 businesses will benefit – ensuring all parts of our country contribute to a more balanced and sustainable economic future.” The short version: New firms outside the south-east/east will be let off employer NI contributions up to £5,000 for each of the first ten employees recruited. The threshold for employer NI contributions elsewhere and for established companies will rise by £21 a week above inflation. We say: A mixed result. National insurance relief for new businesses outside of London, the south-east and east is a welcome move, especially as any qualifying new businesses set up from today will receive help too – they don’t have to wait until the scheme is in place this September. But for other businesses, although George Osborne has increased the threshold for NI contributions – which will go some way to helping employers – it won’t be as welcome as the abolition of the one per cent rate increase, which will still go ahead next April. Accountants Kingston Smith estimate that the additional tax due on an employee earning £40,000 a year will be around £190. Entrepreneurs’ reactions: Matt Newing, founder and CEO of Elite Telecom: “The additional promise of a £5,000 national insurance exemption for start-up businesses should also encourage entrepreneurialism and it’s refreshing to see central government declare a focus away from the South East and acknowledge the skills that exist north of the Watford Gap.” Phil Orford, chief executive of the Forum of Private Business: “The moves to limit rises in National Insurance, introduce NI exemptions for some new employers and raise the income tax threshold were also positive, even though they were watered-down from the Conservatives’ original pre-election promises.” Andy Barr, founder of 10 Yetis PR agency: “My immediate reaction is that the NI move may not be enough of an incentive for new businesses to be set up, especially in such difficult economic times.”