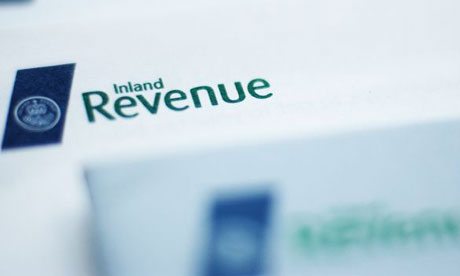 Share via
In his Budget speech, George Osborne laid out new rules for non-doms. Here’s what you need to know.
The short version: Non-doms who have lived here for 12 years will face a £50,000 charge. This is in addition to the £30,000 charge levied on non-doms who have lived in Britain for 12 years. But Osborne will also remove tax charges on non-doms when they bring in foreign money or capital gains in order to invest in British businesses.
From the horse’s mouth: Chancellor George Osborne said: “It’s time that we ended the uncertainty around the taxation of non-domiciles. They are very welcome in this country, but I’ve always believed that they should pay something in return for their special tax status. “The last government followed our advice and introduced a £30,000 charge for those who had lived here for seven years. “I think we can ask more from those who’ve been here even longer, so I’m increasing the charge to £50,000 for non-doms who have been in the country for 12 years. This will raise over £200m in the coming years. “But in return – and to encourage investment in our country – I am removing the tax charge when non-doms remit foreign income or capital gains to the UK for the purpose of investing in a British business.” Our verdict: Non-doms who have been here for 12 years will see the cost of receiving the benefits increase by £20,000 per annum, but at least the now have certainty for the foreseeable future. But it’s pretty unlikely that the scheme will raise the revenues predicted, not least because it will discourage some wealth creators coming to the UK. Just last week, the Adam Smith Institute pointed out that the original £30,000 levy was losing HMRC money as non-doms were leaving – why will this be any different with a £50,000 levy? Your verdict: Tim Gregory, partner in the private wealth group at accountants Saffery Champness: “Increasing the tax burden on non-doms could have become known as the Madness of (King) George, since the people it would hit were recently reported as paying an average of £1m each, so chasing them away from the UK would have been a short-sighted step. However, the increase in the remittance basis charge to £50,000 for those who have been UK resident for more than 12 years is likely to be seen as a reasonable quid pro quo for a tax exemption on remittance for UK investment, together with the various other investment encouragements.” Alex Henderson, PricewaterhouseCoopers partner: “The changes to the taxation of non-domiciled individuals will be largely welcomed. The change to allow remittances to invest in a UK business removes one of the puzzling features of the regime and will increase investment in the UK.”