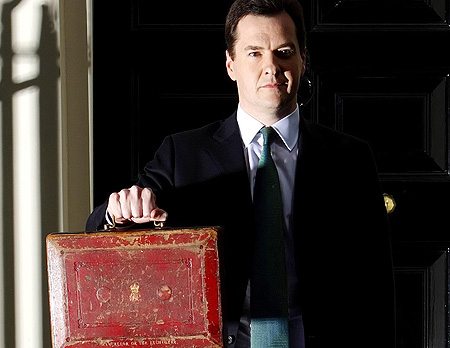 Over the past few weeks, the Real Business team has been bombarded with betting odds, league tables and forecasts for the 2011 Budget. Predictions have been done to death.

Government ministers have been making announcements left, right and centre; and even George Osborne himself hasn’t stopped talking about what he’s going to announce today. It’s fair to say that the 2011 Budget will probably be the least surprising Budget of a generation.  And yet… and yet…  Osborne is likely to announce some previously undisclosed measures, if only in order to generate some headlines.  Here are the Real Business team’s six improbable pro-enterprise predictions for the 2011 Budget. These aren’t meant to be totally whacky ideas: think of them as more of an unlikely wish list for entrepreneurs.  Here is a list of measures that Osborne should very well announce today, if he truly wants to deliver a pro-enterprise Budget. 1. Lower corporation tax to 15 per cent today Chancellor George Osborne made a step in the right direction when, last June, in his Emergency Budget, he announced that the main rate of Corporation Tax would be cut by one percentage point each year for the next four years, bringing it down to 24 per cent. The small companies’ rate will also fall from 21 per cent to 20 per cent. But is this far enough? If the Chancellor slashed corporation tax to, say, 15 per cent, he would make Britain one of the most competitive nations in the world, encouraging businesses to set up here rather than abroad. Currently Russia, Saudi Arabia and Turkey offer a 20 per cent corporation tax rate; let’s beat them. It would have huge cost implications for HM Treasury, but perhaps this would made up by all the extra business? 2. Make all of Britain an Enterprise Zone, not just poor areas One of Osborne’s big pre-Budget announcements was that the government will create up to 20 enterprise zones in Britain’s most deprived areas. The enterprise zones will offer similar benefits to the 80s and 90s’ enterprise zones, such as tax breaks, deregulation, relaxing of planning rules, plus super-fast broadband.  Why not extend these measures to all of Britain? Why single out deprived areas? If Cameron and Osborne want to make this Britain’s most enterprising decade, Britain must be made as entrepreneurial as possible. We’d like to hear Osborne extend enterprise zone-style benefits to the entire country. 3. Abolish the 50p income tax rate A recent report by the Adam Smith Institute calculates that keeping the 50p tax rate – which came into effect in April 2010 – will lead to a lost revenue of £350bn or more, as well as flat economic growth.  The UK has become one of the most highly-taxed countries in the world, and evidence shows that high top tax rates fail to produce public revenues and just injures the economy. Entrepreneurs – especially successful ones – are being hit by all sorts of harsh taxes. The 50 per cent tax rate is just one example of where the Chancellor needs to look if he wants to encourage people to work hard. 4. Extend the NIC holiday to all UK startups It’s just not fair, is it? In his Emergency Budget, Osborne announced a national insurance contribution holiday for new firms otuside the south-east/east. Startups can benefit of up to £5,000 for each of the first ten employees recruited. But what about London startups? They’ve been neglected. Extending the NIC holiday to all startups would encourage startups to hire more staff, playing right into the government’s aim of a private-sector led recovery. If Osborne wants the private sector to pick up the pieces from the public sector cuts, he needs to give us reasons to hire. Extending the NIC holiday would be a good one. 5. Remove the £5m lifetime cap on Entrepreneurs’ Relief Again, Osborne has already taken steps to make Entrepreneurs’ Relief more attractive, when last June he announced that the ten per cent Capital Gains Tax rate for entrepreneurs would be extended to cover the first £5m of lifetime gains, up from a previous £2m cap. After this, the CGT rate rises to 28 per cent. The Chancellor should remove the £5m cap. This would be a huge incentive for entrepreneurs to become serial entrepreneurs, creating successful after successful business. Why are entrepreneurs being penalised for their success? 6. Slash the VAT rate to 15 per cent Like a yo-yo, first it fell, then it went back up. The January VAT rise has been a sticking point for most of Britain’s SMEs, and cutting it right back down would send a strong signal to the markets, and boost consumer spending. We’d like to see George Osborne do this. Entrepreneurs, over to you: what is the top measure that would make running your business easier? What measure, however unlikely, should Osborne announce in his Budget speech later today? Leave your comments below!