As of next month, corporation tax will decrease to 24 per cent, one full percentage point lower than expected. This rate will continue to decrease over the next years, with an aim to align it with the small companies rate and the basic income tax rate.

Chancellor George Osborne said: “The headline rate of corporation tax remains the most visible sign of how competitive our country is. We’ve already cut the rate from 28 per cent to 26 per cent. This April it is due to fall again to 25 per cent.

“I can announce today a further cut of one percent – to be implemented right away. From next month, Britain will have a corporation tax rate of just 24 per cent. And we will continue with the two further cuts planned next year and the year after. So that by 2014, Britain will have a 22 per cent rate of corporation tax. The biggest sustained reduction in business tax rates for a generation. A headline rate that is not just lower than our competitors, but dramatically lower. Eighteen per cent lower than the US. Sixteen per cent lower than Japan. Twelve per cent below France and eight per cent below Germany.

“An advertisement for investment and jobs in Britain. And a rate that puts our country within sight of a 20 per cent rate of business tax that would align basic rate income tax, the small companies rate and the corporation tax rate.”

Lovely. Lower corporation tax (which only affects businesses with a profits of more than £300,000 a year) will please entrepreneurs and business owners. The question is whether it is fair for a large company to pay the same rate of corporation tax as a small company – but this debate should be saved for a later date.

On the positive side, with corporation tax being reduced to 22 per cent over the next two years, it will give the UK the lowest corporation tax in the G7, which should encourage international companies to stay in the UK and incentivise others to move their operations here.

Charlie Mullins, founder of Pimlico Plumbers: “The continued reduction in corporation tax is encouraging and does show that Britain is open for business. Small and medium-sized businesses are the lifeblood of this economy and the cut in Corporation Tax is a welcome transfusion.”

Saurav Chopra, CEO of Huddlebuy.co.uk: “Corporation tax cuts do nothing to help the millions of smaller companies that are struggling to survive. How is this going to help them invest more money back into their businesses and jobs?”

Lesley Stalker, tax partner at RJP: “For small business owners, the planned changes to rates of corporation tax are less fair. Is it right that, ultimately, large corporations are paying the same rates of tax as SMEs?  We can understand why he might be going down this road – to attract large companies to base themselves in Britain and create employment opportunities – but it doesn’t make it any better for those entrepreneurs at the coal face.”

Vince McLoughlin, partner at Russell New: “It is good to see the clear intention to reduce the burden of tax on businesses contributing to the economy. The acceleration of the cuts in corporation tax is very welcome. A single rate of corporation tax irrespective of profits is not only a simplification measure but it also relieves the anomaly of companies paying a higher marginal rate of tax as they reach a certain level , which is certainly no incentive to grow.” 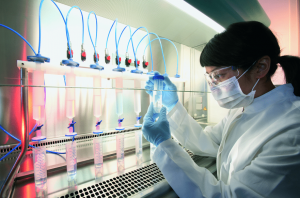 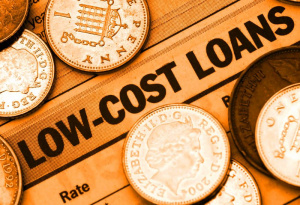