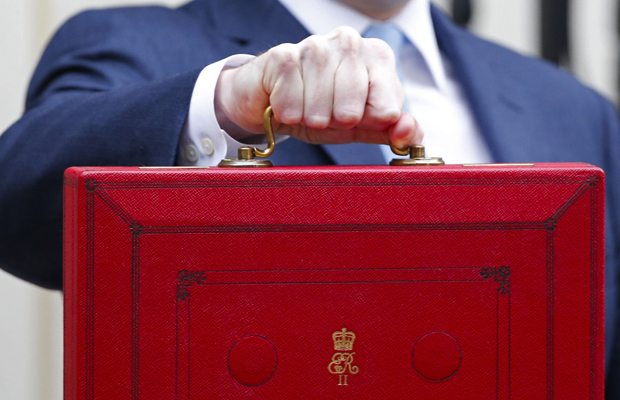 The Budget was leaked by someone in the Westminster village to the village newspaper, a free-sheet known by Londoners as The Standard, owned by a Russian billionaire.?

Among the measures to stimulate growth was a fillip to help people buy new-built houses. When that was announced in the House of Commons, every quoted housebuilder?s shareprice leapt, by an average of six per cent. So how many people reading the Standard (or working there?) were able to buy up shares and make a killing by selling later in the day?? I?m just asking.? Ed Miliband demanded an inquiry from George “Gideon” Osborne about the leak, but they?re probably all having a flutter too. The reaction from SMEs to the budget has been flooding in to Realbusiness.co.uk. One firm, which specialises in extracting finance from SME owners? pension funds, was disappointed. Pensionledfunding.com?s chairman Adam Tavener said: ?The Chancellor?s focus on tax incentives ? including the ?2,000 NIC Employment Allowance – doesn?t help SMEs with their funding needs for long-term growth and therefore these initiatives are also unlikely to meet the chancellors objective of creating a further 600,000 private sector jobs in 2013.?? Mr Tavener said the initiatives only offered two to three billion pounds in total for small business lending. ?Through pension-led funding alone, there is more than ?100bn immediately available to UK SMEs, sitting in owner/director?s own pension funds. We are calling on the chancellor to recognise and support this vital area of business finance.? Well, (just as we hinted last month) he did do something for the equity finance funding market, by abolishing stamp duty for share transactions in the AIM. This will please his Liberal Democrat colleagues; their beloved CentreForum thinktank had called for this across all share transactions as a way of evening-up the playing field between debt finance (tax-deductable) and equity finance. But equity finance still attracts taxes on profits (CT), dividends (income tax) and disposals (CGT). Another player in funding for startups isn?t pleased with the budget, though. Anil Stocker, head of policy at the?Next Generation Finance Consortium says the chancellor failed to acknowledge the difficulties faced by SMEs: ?He must confront the failure of Funding for Lending and other schemes. Mr Osborne should stop handing money to the banks that they won’t lend to small businesses, and start embracing the innovative new alternative lenders that are already doing just that.? Florian Richter, another specialist in SME finance, used more florid language: ?The economy is lying prone and the chancellor is still proscribing morphine rather than wielding the scalpel of genuine relief.? (Clever, eh?)? Richter, whose business is geared towards the handling of small business?s money rather than lending it, said the lack of access to cash was paramount: ?Small businesses need access to funding far more than they need general infrastructure improvements, fuel duty freezes, or even job and corporation tax breaks.?? The government?s strategy of trying to get banks to loan more to small businesses is just not working, he added. ?When Vince Cable?s British Business Bank eventually materialises it must be independent of the high street banks and it must take its cue from the private sector and offer easy-to-access financial products tailored for small expanding businesses.? Richter?s firm helps small businesses to take plastic payments with their smartphones, circumventing the contractual obligations and monthly charges that come with terminals supplied by high street banks. ?It?d be great to see the government taking the same kind of initiative that our merchants are showing when it comes to promoting the prospects of small businesses.? Phew! Budget reaction is not going well for the chancellor if SMEs are meant to be sparking the economic recovery, as he has said. Sharon Bedford, of James Cowper?s accountants said while the promised drop in corporation tax to 20 per cent was welcome, small businesses may feel aggrieved as they already pay 20 per cent and won?t benefit. You can?t please some people, eh Gideon?? But Belford did find some good news in the ?2,000 national insurance rebate: ?This is a smart way of helping small businesses and startups as it delivers cash straight back to the business. And unlike previous announcements on National Insurance, this change applies equally across the UK and not just to local enterprise zones.? Bearing in mind the measures to boost housing, the last word maybe ought to go to a plumber. Well, not just any plumber; Pimlico Plumbers provide their bespoke London services to none other than 007 (Daniel Craig) and the ?Queen? (Dame Helen Mirren). The boss, self-made man Charlie Mullins revealed his ?Budget Bingo card? which gave the chancellor nine out of nine for, amongst other things, cutting beer tax (well, plumbers do have to keep up their fluid intake) and, tellingly, ?funding for lending to cover extensions?? Bruce Whitehead‘s column on Real Business explores the latest political developments and their effects on UK businesses.