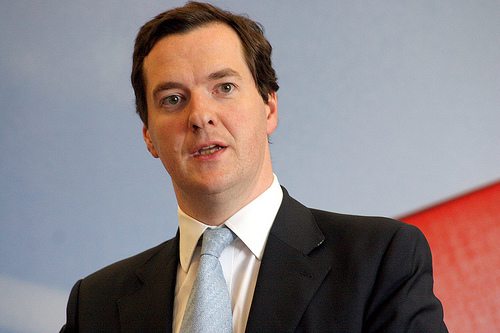 A further reduction in corporation tax, extended reliefs with the Enterprise Investment Scheme to make investment into small, higher risk and start-up companies more attractive, and adjustments to the Funding for Lending Scheme are likely to be on the agenda.

We’ll be here to pick up all that’s relevant for UK businesses, collect it in this post, and break it down to what it really means.

“This is a budget for those that aspire to get their first job or start their own business,” says Osborne. A budget for the “aspiration nation.” Will it be an entrepreneurs’ budget? Growth in the US and Japan was flat in the last quarter, while euro zone shrank. Cyprus is prove that the crisis is not over. Osborne warns that further turbulence in the euro zone will hit the UK hard. UK firms now export more goods to non-EU countries than to EU countries; the first time this has happened in decades. Tribute to UK companies: for every job lost in public sector in last year, six were created in private sector. The unemployment is lower than when the coalition came to office. “The tax cuts in this Budget aren’t borrowed, they are paid for.” Extensions to the Funding for Lending Scheme, and plans for Business Bank will be set out. Meaning: no decisions have been made yet. Osborne claims he will set out a new monetry policy updated. Asking the monetary policy committee for an assessment in August 2013 inflation report. 0.7 per cent of income will be spent on international development. An opportunity for investment / export opportunities? Our fundamental overhauls are helping businesses expand, support for European free trade agreements. “We’re building most competitive tax system in the world. But we need to do more.” Osborne says they’re giving Britain the fastest Broadband in Europe. “By investing in the economic arteries of this country we will get growth flowing to every part of it.” Osborne promises ?15bn of infrastructure spending in next decade. Public investment will now be higher on average than it was under Labour government. Long term capital budget spending plans will be set out in June.  Giver regional ciites greater control. business have creted more jobs in the West Midlands in this government. Private sector employment has been growing more quickly. ?3bn a year extra on infrastructure from 2015/16 is a drop in the ocean – government’s own plan targets almost ?350bn of investment by early 2020s. Osborne endorses Doug Richard’s Apprenticeship Review. “We manufacture for export more cars than we import.”  Creating low carbon economy should be done in a way that creates job.  “We can help companies grow by the most competitive business tax system of any economy in the world.” Introducing capital gains tax relief. “We’re going to double the size of the loans employers can offer tax free for things like season tickets for commuters.” R&D credit increased to 10 per cent. “This will help makes us one of the most attractive places to innovate.” Asset management industry world-beating in Edinburgh and London.  Abolishing altogether stamp duty on AIM. Osborne on corporation tax: “Britain is open for business.” April 2015 it will go down to 20 per cent. We will give Britain a single rate of corporation tax. I will offset this reduction by increasing the bank levy rate.” Britain is moving to low and competitive taxes. “But we should also make sure businesses don’t avoid these taxes.” Tax rates are more competitive and the wealthy pay more tax. “That’s the right way around.” “This government is not going to let you get away with tax avoidance. We want the global rules to be updated and made relevant to the global internet economy. A tax system where businesses pay what is expected of them is part of the glue that holds us together.” Osborne says agreements with the Isle of Man, Guernsey, and Jersey will bring in over a billion pounds of unpaid taxes. He cancels the 3p fuel duty rise in September. Expected news.  Petrol will be 13p a litre cheaper than if he had not frozen the duty over the last two years, Osborne says. From 2014 there will be no income tax at all on the first ?10,000 of salary. The lowest paid will pay no income tax at all. Small business support with a reforming tax cut, the largest in the budget. “The cost of employing people is a burden to small businesses.” Employment Allowance created: takes first ?2,000 off employer national insurance bill; small businesses will pay no jobs tax at all. 90 per cent of the benefit of this go to SMEs. Also available to charities. Would this encourage you to take more people on?

The Institute of Directors has praise for the Budget. In a statement, it says: “The new allowance to reduce the tax on employing people is a welcome boost for businesses who are working hard to grow. The private sector has done a huge amount to improve the employment figures, and it is right that they are rewarded for doing so. This will see more people helped out of unemployment, which is a very good thing.”

Alistair Bingle, managing director of Bishop?s Move, applauds the abolishing of the planned fuel duty hike: ?This is fantastic news for businesses that rely on the roads to function and operate. A fuel duty hike would have had a severely negative impact on the haulage industry and a potential loss of jobs right down the ladder ? the knock-on effect would have been unthinkable. Scrapping the fuel duty hike doesn?t weaken Treasury tax receipts as the previous above-inflation increases in duty and higher VAT have compensated for that. For me there is no argument ?scrapping the fuel duty had to happen and I?m delighted that it has. At last we, and our peers, have some respite. This has now ensured that our industry, and other businesses that function on the roads, can now get on with business as usual and get Britain moving.?

On support for SMEs:

Jonathan Moules (@Jonathan_Moules) tweets: “A #Budget2013 for gazelle businesses and ambitious entrepreneurs. NIC exemption for new hires, CGT holiday on SEIS etc” James Layfield, who runs the rapidly expanding business club Central Working: ?It?s really not clear how this Budget delivers on the Chancellors promise of an Aspiration Nation. It?s really not a Budget for start ups, SMEs and entrepreneurs ? the measures may make a difference to big business. He hasn?t revised the Loan Guarantee Scheme did not get revised, the tax changes will only really have an impact for large companies, and the National Insurance changes are really ambiguous? We need some real clarity around what this ?2k NI initiative will actually deliver and how it will work.? Elliot Jacobs, mentor and business coach for MBA students at London Business School: ?I had my own personal wish-list for what I?d like to see ? and the Chancellor actually granted many of them ? scrapping the next fuel duty rise, cutting corporation tax and taking ?2,000 off all employers NI bills ? so this Budget is good news for business. ?He?s got more out of the money available than I thought he?d get and has given a strong signal that the way out of the economic crisis is through entrepreneurial business. Business is the solution and a lot of what has been announced will help business to grow, creating jobs, paying taxes and boosting the economy.? Julie Walters, founder of an award winning public relations agency Tudor Reilly: ?This is a bold budget for business, which is absolutely what hard-working entrepreneurs need in tough times. I drew up my wish list last night for what growing businesses need and he?s delivered both: a further cut in corporation tax and cuts in national insurance contributions. Brilliant.?