Matt Grainger is one of the dads I occasionally meet in the village, usually at the school gates or in the pub.

I was vaguely aware that he was some sort of geologist and that he had an office in Didcot, which is not – I’m fairly certain he’ll be the first to admit – an encouraging start. However, once every few months Matt will dust off his safari shorts and fly somewhere remote. Once he gets there, he’ll walk about the place tapping rocks, kicking stones and, most probably, squinting a lot.

Believe it or not in this day and age: he’s looking for gold.

Gold prospecting in itself has not come a huge way since men in longjohns spent most of their time squatting by riverbeds, saying “varmits” a lot. But the science involved has become more sophisticated.

Matt spent several years at Camborne School of Mines in Cornwall studying to be a mining geologist, which makes him a specialist in the field of exploration. And there is little doubt he knows things about the earth’s crust and general topography that very few of us are party to.

But at the end of the day, after all the surveys and science, he’ll have to decide whether to spend £2m on sinking a shaft on gut instinct.

Now, Matt is clearly a man who loves his job and that in itself has to make one warm to him. But more so, his approach to the whole field of exploration is satisfyingly entrepreneurial.

Matt spent a good deal of time in Africa, learning to be a field person. Before long, he had fallen in love with the continent and the diversity of experience it had to offer. Having had his horizons broadened, he decided that the thought of prospecting one area for years was not his cup of tea. Aged then just 26, he set up a fund in the city.

The fund effectively allowed him to have the means to find investors who could back him and any prospecting he and his partners decided to do. It does have its burdens – he stakes his professional and financial reputation each time he so much as swings a pickaxe – but it does allow him the freedom to go wherever the opportunity lies.

“In very uncertain markets and in times of financial crisis, gold has always acted as a store of value and a safe haven,” Matt told me. “For that reason I continue to be long on gold. I think when you consider the financial crisis since 2008, the events in Europe more recently and perhaps what is still to come, we still have a long way to go until this crisis is seen through, debts are repaid and there is some sense of balance and realism restored to the highly indebted nations of the West in particular.”

I agree with him, having invested in gold since pre-2002 when Gordon Brown waited until it got to record lows and then sold most of the bullion we’d spent centuries raiding off the Dutch and the Spanish.

In fact, I used the proceeds of a London flat to buy my initial stake, which has gone from some $300 an ounce to nearly $2,000. To be frank, though, I had been thinking about selling recently. Over a beer in the village pub, Matt was adamant that this would be daft. At least until things improved.

Investing in gold is one thing, but actually going out there and finding it is quite another. Having the nose to set up an investment vehicle so you can profit from discoveries to the full strikes one as the epitome of old-fashioned enterprise that harks back to a time when this country was full of men with giant sideburns who set up rubber manufacturing in Malaysia, diamond mines in South Africa and opened up the rainforest to hardwood shippers.

The crucial difference is that nobody gets exploited. In fact, the majority of the people Matt employs on the ground are locals, and paid very well for a specialised and valued job.

After a few more beers it became obvious that Matt’s chosen career has as much to do with his love of Africa as it has with lucre. Matt is a lifestyle entrepreneur.

His main problem, in fact, seems to be in finding like-minded individuals in this country. He and I both agreed that there are very few people with the qualifications and guts to get their hands dirty.

Robin Bennett has started eight separate companies since 1992, each for less than £5,000. He’s the author of ‘Start-up Smart – How to start and build a successful business on a budget’. 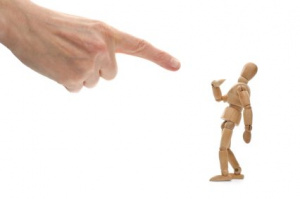 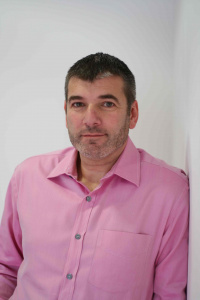