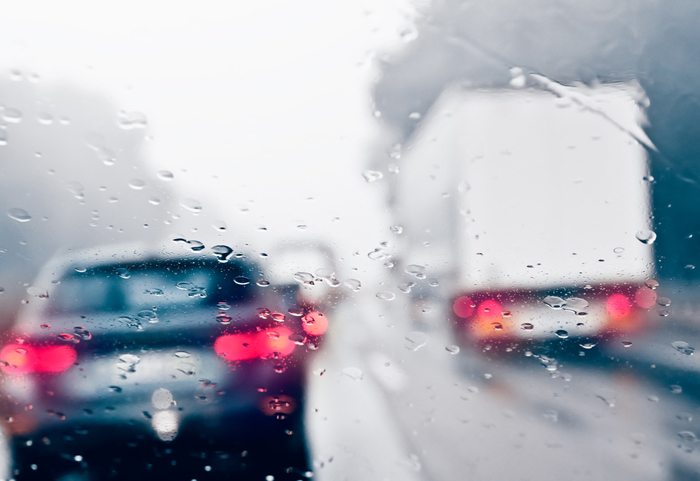 Share via
Hot on the tail of winning?Growing Business of the Year: Smaller Company at the 18th annual Amazon Growing Business Awards, Trak Global Group CEO Nick Corrie explains how his business has created a diversified offering in the road safety space and why 2017 is looking pretty exciting. Please tell us a bit about your business We started seven years ago with a vision to introduce technology to motor insurance, using black boxes to analyse driving and automatically report accidents. We’ve funded the journey ourselves and used equity to gather an extraordinarily talented group of people in the business. Unusually, we started by designing our own telematics box from scratch and writing all the software needed to run it. Building everything ourselves has been a key part of our philosophy ? this is a completely new industry so we judged that controlling every aspect would be key to our success. And it has. It took us a while to get real traction but now we’re a group of companies that operates in five countries and Ptolemus (the specialist telematics consulting business) earlier this year ranked us the 7th largest insurance telematics company globally ? our ambition is to be number one as this industry snowballs around the world. You?ve been named Growing Business of the Year: Smaller Company (Turnover ?10m ? ?25m). What do you think Trak has that allowed it to win over other nominees? I think two things stood out for the judges ? our international expansion potential and the wider positive social impact of making inexperienced drivers less likely to crash. The unique beauty of our business model is that everyone wins. We use technology to make money for us, save our partners money whilst simultaneously reducing accident rates and improving road safety, which is obviously good for everyone involved. This really galvanises everyone in the business and has driven huge growth rates. What have been the major obstacles on Trak?s growth journey and how were they overcome? There have been many technical challenges to solve but the main barrier was the insurance industry, which is slow to embrace new technology. It was very hard to convince insurers to back our technology, without a proven track record and whilst we still had the balance sheet of a start up ? a classic catch 22. We realised that the only way to prove ourselves was to set up our own young driver proposition, using our own IP and creating our own case study with real customers. The result was Carrot, launched in September 2012, and now one of the leading young driver insurance providers in the UK. If you were to offer some words of wisdom to a company in its early stages, how would you explain the method behind crossing the ?10m turnover milestone? First of all make sure there is demand for whatever you’re doing. Can you get people interested and will they buy? And if they don’t, pivot. Don’t waste time on stuff that isn’t working. We did that and changed direction a few times but if you learn as you go and the experience isn’t wasted. After that the route to growth to any level is then setting goals, no matter how ambitious they seem, then working really hard to tick them off. I love lists. From day one we have set out goals every year. Sometimes naive but once they’re written down you go for them, and it is incredible what you can achieve. It?s also been important to share equity and reward right across the business which helps align interests around a common vision. It means that working as a team, you have a chance of pulling off the impossible. I like to think we?re a bit of a cooperative where we all benefit from the wealth growth creates. It makes us all work harder and smarter because we focus on profitable growth that creates value.

When it comes to the telematics market, how does Trak stand out from the competition? More recently, in developing Appy Fleet (a free to use smartphone app for business drivers to reduce costs, facilitate mileage expense claims and improve road safety) over the last year, we have tried to think like a startup, rather than an established player, using Trak Labs, our incubator, with a mission to disrupt the market by looking at it through a different lens to the existing players. And we haven’t concerned ourselves with disrupting our own fleet business but instead tried to get perfect product market fit for business driving with telematics ? and with Appy Fleet Freemium with hope we have achieved that. In terms of key Trak milestones and highlights since launch in 2009, which moments stand out for you? Like most entrepreneurs I wake up every day worried about failing so it is rare to reflect on milestones because there is still so much more to be done and so much more that can go wrong. So I suppose the first milestone was the realisation that, after much had work and planning, we had actually created a business because other companies would pay us to do stuff. I have never forgotten that feeling of being trusted by others and having our own ‘real’ business rather than just an idea. Beyond that, the launch of Carrot in 2012 marked our entry into the UK young driver insurance market by turning the model and encouraging safe driving and road safety through rewards. And it was a massive struggle to get it to market which in itself felt like a real milestone. Launching Better Driver by Carrot for older drivers and Appy Fleet in 2015 and 2016 respectively, demonstrated our ability to innovate again and ?move the telematics needle? by taking the boxes out of the vehicle and into smartphones, meaning that anybody in the world with a smartphone can benefit from our technology. What can we expect from the business in 2017? We are actively planning to launch Carrot in the US. They love the Carrot brand and metaphor and linking rewards to safety, and there is nothing like Carrot there ? it is the route to market we took in the UK. We just want to do it ten times bigger with, we hope, many partnerships emerging with US insurers along the way. American culture sees parents much more heavily involved with parenting, including the early years of driving (and they start earlier at 16), so Carrot?s values resonate well. US road deaths are creeping up too, and the UK?s enviable road safety record (which is one of the best in the world) is something we plan to export. And after Brexit, exporting has become a key focus as our products are now even better value overseas than ever before.