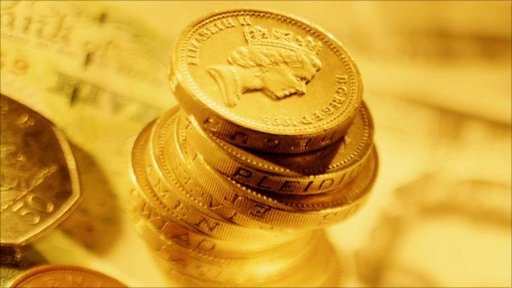 There is an irresistible narrative behind the UK’s Business Growth Fund (BGF), the investment vehicle for SMEs launched last year. First, it shares a similar genesis to 3i, the grandfather of European private equity. Both funds were formed in dire economic conditions (post-war malaise for 3i) and both owe their origins to an agreement between the government and the major clearing banks of the day to stimulate funding for small businesses. 3i blazed a trail for the asset class, backed British champions and made lots of money for shareholders; a perfect model.

Best of all, the £2.5bn (€3m) in the BGF’s coffers isn’t government money. For policymakers, this solves the problem of supporting businesses in an age of austerity, and neatly steps around a natural aversion to direct government support. The British government has already rejected what it calls a “new interventionism” and cancelled loans to struggling companies trumpeted by the last Labour government.  And it leaves the BGF unshackled by interfering bureaucrats. Disregarding indirect government stakes as a result of bank bailouts, no public money has gone into the fund. It has every right to offer competitive terms for potential investees, even if that means edging out other firms operating in the space, effectively crowding out private money. To say that the BGF is not a public initiative is nonsense. It exists for the simple reason that it was negotiated by government officials. Rumours that the fund had seen off bids from NVM Private Equity and Panoramic Growth Equity were strongly denied by Paul Oldham, who led the fund’s first investment last year, but it’s hard to see how the fund won’t go head-to-head with private investors.  The BGF has £2.5bn at its disposal, and at £2m to £5m a pop, it is under pressure to invest, which wouldn’t be a problem if target companies were desperate for capital. But that isn’t the case, according to Luke Johnson of Risk Capital Partners. The BGF targets companies with a turnover of between £10m and £100m, which it recently reduced to £5m as a result of government pressure. There are at least 50 firms that invest in companies of an equivalent size, according to Johnson. Admittedly most of them focus on buyouts, rather than growth capital, but it’s hardly a gap in the market.

And the BGF’s equity investments are far removed from the recommendations in Chris Rowlands’ report, which served as the main inspiration for the project. Rowlands identified a clutch of businesses, estimated to be around 5,000, which are too risky for debt providers but not large enough for equity finance. He recommended a mezz fund which would address entrepreneurs’ reluctance to give up ownership and provide a return above regular bank lending.  But mezz funding is unattractive for banks. The syndications market has withered in the aftermath of the crisis, and banks are reluctant to take on the asset class. Moreover, subordinated debt has a greater risk weighting, which means that despite higher pricing compared with senior debt, mezz is no more profitable owing to the extra capital that has to be set aside.  Oldham claims the BGF is taking an “equity risk” on high-growth companies. In other words, the higher risk profile of investee companies calls for a greater stake in a company’s value creation. But the notion that equity finance for growth businesses is inevitable is bunk. Step forward Santander, which withdrew from the BGF on the basis that it had moved away from its original remit, and set up a £200m regional mezz fund, of which some £50m is expected to come from the government. Santander’s new vehicle gives entrepreneurs the luxury of not ceding a share in the upside. Even the brutal logic that dictates private equity investments – that backers look for an exit, regardless of the needs of the company – would no longer be a concern. And Santander is imposing no interim capital repayments and will provide debt financing over a longer period of time than is customary.  Santander’s turnover requirements for portfolio companies – between £500,000 and £10m – barely scrapes the bottom end of the BGF’s range. Why is Santander offering such an attractive bundle to business owners? Darren Hart, who heads the fund for Santander, is betting that with generous terms and no need to exit, the investments can lead to long-standing banking relationships (and an IRR of around ten per cent above the cost of capital).  Comparing both solutions to the same problem, perhaps the most obvious sign of a mismatch is that the two funds are unlikely to look at the same businesses. In light of Santander’s mezz fund, it becomes ever more difficult to justify the BGF – the latter is better positioned to make earlier-stage investments, but is chasing larger and therefore safer deals. It also has a network of regional offices, many of which are staffed by former mid-market private equity executives led by Stephen Welton (ex-managing director of Barclays Private Equity). The BGF’s comparison with 3i is also revealing. One of the curiosities of the latter is that it triumphed in spite of the hostility of the clearing banks. So despised was the firm that banks would introduce only hopeless cases to the new fund, which at the time was completely reliant on its investors for deal flow. There has clearly been some resistance to the BGF, hence the decision to invest equity rather than mezz as recommended by Rowland.  And consider the future. 3i pioneered venture capital investing and was responsible for backing a number of the most successful growth businesses in the post-war era. It is now, however, a mid-market private equity firm and no longer invests in venture capital.  The real fear for the BGF is that it forsakes growth capital and turns to buyouts as a means of putting to work its massive £2.5bn war chest, and perhaps to make bigger returns. If that happens, there really will be no point to the fund. This raises a number of questions. Why is the BGF’s turnover requirement so high? Why does it have one at all? And why is all the money lumped in a single equity fund, where it is bound to distort the market, and not divided into, say, venture capital, mezz and yes, lower mid-market growth equity vehicles to make sure that its effects would be incremental rather than cannibalistic? Read what Luke Johnson of Rick Capital Partners thinks of the BGF here. For more from our sister title Real Deals, click here.