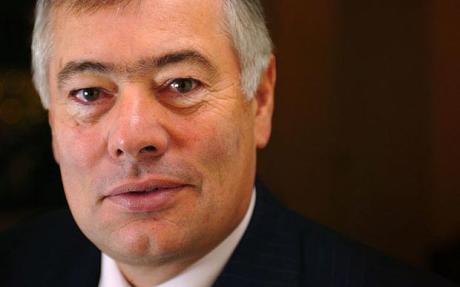 Sir Nigel Rudd has been appointed the new chairman of the £2.5bn Business Growth Fund.

The Business Growth Fund, backed by high-street banks Barclays, HSBC, Lloyds, RBS, Santander and Standard Chartered, will potentially play an important role in funding Britain’s growing businesses. But who is Sir Nigel Rudd? In a career spanning more than 35 years, 63 year old Sir Nigel Rudd has held various senior management and board positions. Sir Nigel Rudd’s most current high-profile positions include being chairman of Spanish-owned airports operator BAA and of £1.2bn software group Invensys. Earlier in his career, Sir Nigel Rudd was a successful entrepreneur. Sir Nigel Rudd founded industrial holding company Williams plc in 1982, a business which he grew into one of Britain’s top industrial conglomerates, listed on the FTSE 100. Williams plc, which was later demerged into Chubb and Kidde in 2000, is perhaps better known for owning Yale and Chubb locks and paints business Crown. In 1995, Sir Nigel Rudd was awarded the Founding Societies Centenary Award by the Institute of Chartered Accountants (earlier in his career he became Britain’s youngest accountant, aged 20). Sir Nigel Rudd is also a Deputy Lieutenant of Derbyshire (where he was born) and a Freeman of the City of London. Sir Nigel Rudd is often called “Britain’s busiest chairman”. Some of Sir Nigel Rudd’s chairmanships include Boots, Pilkington, Pendragon; and he was also deputy chairman of Barclays until January 2009. He is also on the board of BAE Systems. Sir Nigel Rudd was knighted by the Queen for services to the manufacturing industry in 1996 and holds honorary doctorates at both Loughborough University (where he is Chancellor) and Derby University. With a reputation for being a dealmaker, Sir Nigel Rudd is a strong addition to the Business Growth Fund. But, being “Britain’s busiest chairman”, how much time will he have to make the Business Growth Fund work?