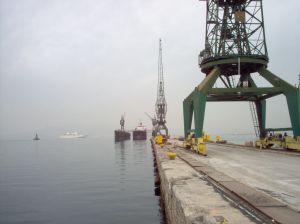 The report suggests that while growth is still strong compared to similar figures from last year, there has been some slowing down through September and October.

The business survey found that on average businesses saw a growth of 19 per cent, which is well-above the long-running average – but weaker than last month’s growth of 23 per cent. CBI director of economics Rain Newton-Smith said: ?[The results aren’t] surprising since we expected growth to tail off somewhat in the second half after a strong start to the year.? “Despite all the international headwinds, it?s encouraging to see our surveys showing a steady expansion in the UK economy. “The manufacturing industry performed the weakest, showing easing growth and falling short of expectations. ?Nonetheless, manufacturers in particular are feeling under pressure as export growth continues to disappoint. Faced with huge political and economic uncertainties, ranging from a weak Eurozone, a deteriorating outlook for emerging markets and an increasingly febrile geo-political climate, it?s little wonder that firms have been gradually scaling back their predictions for growth.? Falling export orders in the sector last month were attributed to the decline. Retail and business services have both seen strong growth, but with some slowdown. Business confidence remains high, however. A quarter of businesses expected growth to pick up over the next three months. CBI predicts that UK economy growth “remains healthy,” however, it says geopolitical risk in Ukraine, Russia and Middle East still muddy the outlook. Image source