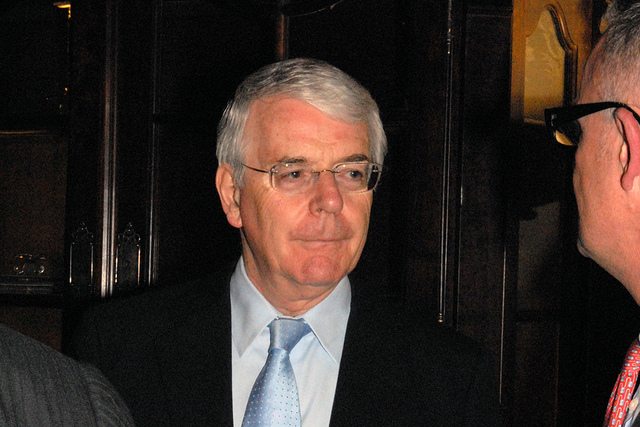 While certain areas of society, and by this I mean parts of the media and so-called “economic experts”, will have us believe that there is no way out of the financial pool of despair we have found ourselves plunged head-first into, the first positive signs do appear to be on the near horizon. As they say, repeat a lie often enough and people will believe it to be the truth: we have an economy that is built on pounds, pence, facts and figures, yet dominated by a mystical entity called “confidence”. Confidence rules business thinking. It has not been helped by the actions of government and the City. In some cases, it has wiped it out completely.  Therefore we are believed to be in a constant cycle of depression, which is preventing businesses from investing, mortgages from being granted and jobs from being created. However, the tide may just be turning. One of the first to come out and say we are on the first steps to recovery was former prime minister John Major who, by his own admission, can afford to be a little bit more bold than his party colleagues in the coalition who are still in politics. Major said it would be unwise for a serving minister to tempt fate by announcing the end of the downturn, but that various signs, including the recent fall in unemployment and a rising stock exchange, suggested that the worst was over. I would hope that this is a message that catches on and has a positive effect on the economy. To help the message gain momentum, more recognition needs to be given to the SME businesses that have continued to grow, recruit and turn a profit, while the banks have kept the vault doors slammed shut.  I for one will be taking the message to the very top when I head to a business reception at 10 Downing Street later today. There are businesses out there doing well; in my case, Pimlico Plumbers recently recorded record sales figures and I’m sure that results like that are being achieved in towns and cities across the country. It should spark business owners to think, “If they can do it, so can we.” Those “green shoots of recovery” that every minister is desperate to avoid acknowledging are actually poking through the soil. If you need any further evidence that levels of confidence are slightly starting to grow, just look to the unlikely source of the Governor of the Bank of England.  Sir Mervyn King said the next quarter would show signs of a pick-up in economic activity, although the recovery would be slow. It’s not often you get close to a positive comment from Sir Mervyn, so we should embrace it and spread the word: business is leading the recovery and things might just be getting better! Charlie Mullins is the CEO and founder of Pimlico Plumbers. Image source