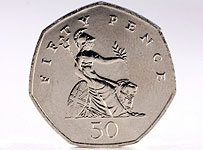 The new Scrap the Tax campaign is gathering force, and we’re right behind it. In a letter to today’s Daily Telegraph, more than 500 business owners and entrepreneurs called on the Coalition government to scrap the 50p tax rate (effectively 58p with National Insurance).

The Scrap the Tax campaign argues that the 50p tax rate has three negative impacts: One of the many signatories, Chris Jenkins, MD of BWS Systems in Bath, says:  “The loser in this case is HMRC. First, they miss out on income tax revenue. And second, my reduced spending means I am contributing less VAT. My advice to the Government is simple: stop killing the goose that lays the golden egg.” At Real Business, we’ve been saying that the Coalition government should declare a state of national enterprise emergency to revive Britain’s entrepreneurial, pioneering business instincts.