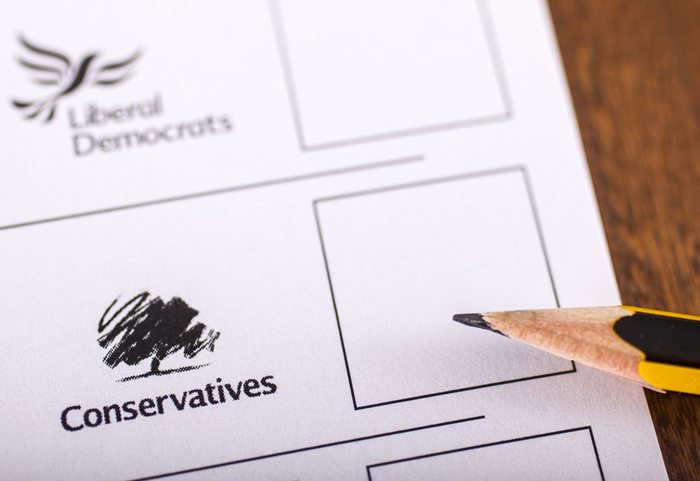 Share via
The problems parties face when trying to manage campaign expenses are similar to those faced by any business which has to controls the spending of a mobile and disparate set of workers. It was a failure to do this that led the Electoral Commission to fine the Conservative Party £70,000 for a breach of campaign spending rules during the 2015 election. In addition to the fine, 20 MPs are facing a potential police investigation. Strict rules are set by electoral administrators with a spending cap of around £15,000 set for each constituency. The inquiry into the Tory scandal highlighted the difficulty that party organisers in Westminster had when trying to monitor the spending of groups of campaigners throughout the UK. It’s a challenge that’s familiar to any business that has central control of operations across a nation or region. It’s the sizeable task of ensuring that policies and rules are communicated from HQ to those out on the ground. As the election inquiry showed, even seemingly small failures to do this can turn into major problems for an organisation. In the business world, the potential outcome of compliance failures are fines, prosecutions and even imprisonment.

What emerged during the year long electoral inquiry was the communications gap that existed during the campaign between those in Conservative Campaign Headquarters (CCHQ) and the party’s local coordinators. In the aftermath of the inquiry, it resulted in a war of words with both sides blaming each other for a failure to keep control of spending. It’s the kind of “us and them” attitude that can have a damaging impact on a business. It’s a problem that’s exacerbated by outdated management systems which create a hazardous information gap between managers and geographically dispersed employees. It’s a task that traditional paper-based processes are ill-equipped to handle. But these are the processes that continue to be used by the Electoral Commission to monitor campaign spending. It’s a similar system to a traditional employee expense setup with forms being filled and bundles of invoices and receipts attached. It’s a slow and cumbersome way of keeping costs, especially when political parties are having to manage the costs of campaign groups in each of the 650 UK constituencies. Given the limitations, it’s hardly surprising that the Labour and Liberal Democrats also received recent fines. But this is a logistical problem for which the business world has already found a solution. It’s the reason so many companies have started to replace their old paper-based ways of working with fast and automated digital management systems.

These close the informational gap by allowing employee expenses to be monitored in real-time. Instead of having to wait days or weeks for forms to be filled, sent off and processed – all of this data is instantly accessible. This is made possible by providing employees with a smartphone app which allows any paper receipt they receive to be converted into a digital form. It means users can update expense accounts at any time or place. It also allows finance teams to provide users with point-of-entry policy reminders via on-screen notifications. These give clear information and policy guidance that relates to the types of expense they are claiming. Another powerful attribute of these real-time systems is the ability to set-up automated alerts which are triggered whenever a claim falls outside of company policy or breaches any set spending limits. It transforms policy compliance from being a reactive to a pro-active process, allowing finance professionals to resolve issues before they’re able to turn into resource sapping problems. Digital systems are also able to be easily configured and customised to match the specific setups and structures of an organisation, irrespective of size and complexity. It creates a framework with the flexibility to adapt and change as a company grows.

So if digital systems can provide our businesses with the tools to effectively manage and monitor the spending of a mobile and dispersed workforce, it raises the question as to why these aren’t adopted by the electoral authorities. The same technology would allow the Electoral Commission to start monitoring campaign spending in real-time. It would give political parties the power to devolve responsibility to each constituency, giving them the ability to keep an exact tally on how much has been spent. While the system remains in its present state, it’s likely to be only a matter of time before the next political storm erupts over campaign spending.