Will King: How did you come up with the idea for GEAR4?

Tom Dudderidge: I was working in sales and marketing for mobile technology startups including UCP Morgan and XIAM. I was 25, with two young kids and a well-paid job. But my role wasn’t making me happy. I’d had enough. I quit and decided to set up my own business. It was October 2003. I came up with five ideas and vowed to start one of them after Christmas.

Will King: Why iPod accessories?

Tom Dudderidge: I was always a gadget guy. I remember buying my first iPod and thinking: “This is going to change the music industry forever.” I raised £23,000 from family and we shipped our first units – iPod car docks from China – in March 2004 under the PodGear brand. We turned over £1m in the first year of trading and we were profitable. We had no overheads: we didn’t pay ourselves for six months; we used a borrowed office; we nicked a telephone, desks and chairs. We relaunched as GEAR4 in 2006 (funny, I came up with that while shaving!), and started to develop our own products.

Will King: What stage is the business at now?

Tom Dudderidge: We sell products in 50 countries, we employ 76 members of staff and turn over £30m. In Europe, you can find our products in nearly every retailer that sells iPod stuff.

Will King: How did you build your brand in Europe?

Tom Dudderidge: We did it gradually. First France, then Germany and so on. By 2008, our revenue split was 50/50 between the UK and continental Europe. Then we hit the wall.

Will King:: With the crash?

Tom Dudderidge: Not just that. Our European business wasn’t profitable enough; we had working-capital management issues; and our CFO turned out to be a bad egg. The nail in the coffin: we were just about to sign with HBOS.

Will King: How did you pull it back from the brink?

Tom Dudderidge: We let our whole European sales team go. It was terrible! But we had to strip out costs and focus on growing market share in the UK.

Will King: Reset, rebalance, and then start again.

Tom Dudderidge: Exactly. Our European business shrunk to 25 per cent of our overall revenues but we’ve built that back up. The foundations are strong and we’ve got the right people. Our next step is to crack America – by a mile, the biggest market in the world for the types of products we sell.

Will King: Who are your big competitors out there? Who’s your Gillette to my King of Shaves?

Tom Dudderidge: On the iPod accessories side, it’s Griffin Technology and Belkin. Audio-wise, it’s JBL, Altec Lansing and Bose. Then, there’s a startup – similar to us in many ways – called iHome.

Will King: Why now? What’s held you back?

Tom Dudderidge: Look at Robbie Williams [of Take That]. If you show up and get it wrong, you don’t get another chance. Robbie underestimated the US move, and it took him a long time to recover.

Will King: But Adele cracked it straight away!

Tom Dudderidge: We’ve grown up a lot in seven years – from picking up products in China and putting them in nice packages to being tech innovators, designing and engineering everything in-house. Only now is the business mature enough to go Stateside. Last year, I decamped there for the summer. We appointed some reps. We got our foot in the door for a few meetings. But being the “charming English guy with the great accent” doesn’t win you deals. You need competitive, world-class products to survive. The US isn’t the graveyard of British businesses; it’s the graveyard of crap British businesses.

Will King: That’s true. I struggle to name British brands that are successful there other than the likes of Dyson, Aston Martin and Land Rover.

Tom Dudderidge: So how did you do it?

Will King: I first started looking at the States in 1995, but US retailers were shy of listing us. To make a dent in the market, I needed to work with a big US partner. For that, you need rock-solid proof you can deliver – from repeat purchases and sales growth to patent protection. Last year, we signed an agreement with Spectrum to launch a Remington/King of Shaves co-branded razor into the US and Canadian markets.

Will King: Where are you now in the US market?

Tom Dudderidge: We’re in 1,000 Best Buy stores and 300 Apple stores. We’ll be in 1,800 Target stores next year, but we’re just scratching the surface.

Will King: What’ll be your secret weapon out there?

Tom Dudderidge: As of last year, we own the worldwide rights to produce Angry Birds-licensed products. It’s going to be huge out there – Best Buy just sold 10,000 of our Angry Birds products in a week.

Will King: That, I think, will be your USP out there.

Will King: You need a product point-of-difference. Designing and engineering your own products will win you brownie points, and the Angry Birds brand gives you something to shout about. If you’re just another me-too brand, you’ll get lost. Oh, and get yourself a sh*t-hot lawyer to check any contract you sign! 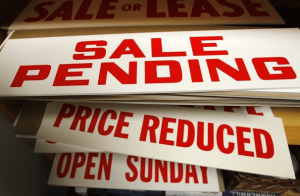 Ask Timpo: should I lease or buy? 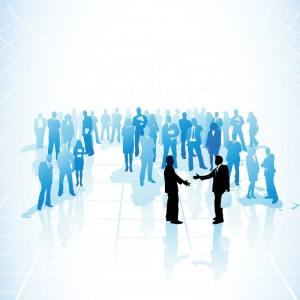 LinkedIn: How do I connect with people I don’t know?