As Frank Sinatra famously sang, “regrets, I’ve had a few…”. But for me, going into business and becoming an entrepreneur is not one of them.

Unfortunately, the same can’t be said for a number of UK business owners in a survey I came across at the weekend, which nearly spoiled my morning bacon sarnie.

Apparently, more than a third of SME owners regret going into business for themselves.

The study by energy firm Opus reckons that 38% of entrepreneurs regret starting their own business due to the financial, mental and emotional costs involved, including not spending as much time with friends and family.

Both are valid reasons, but for committed entrepreneurs, they are just challenges to overcome.

Instead, entrepreneurs should see their hard graft as a means to provide a secure life for their families.

I am pleased, though, that there are two-thirds of entrepreneurs that have no regrets about being business owners, because these are the people that keep the economy going, creating jobs and opportunities.

When I started Pimlico Plumbers I knew very quickly that I was on to something and wouldn’t be working on my own for very long. I realised that I wasn’t an accidental entrepreneur, but someone who enjoyed the thrills and challenges of being in business.

For me, it was one of the best decisions I’ve ever made, and one that’s shared by entrepreneurs up and down the country. Yes, it’s hard, and it can be a rollercoaster ride at times, but that’s part of the challenge.

Back in 2003, there was a BBC documentary featuring, among others, former Dragon Duncan Bannatyne called Mind of a Millionaire, which delved into the psyche of entrepreneurs to discover what made them tick.

It was a fascinating watch and showed that entrepreneurs are a breed apart and have a drive and determination that makes them a success in business.

We’re often told to challenge ourselves every day. It doesn’t matter if it comes from Bear Grylls on a remote desert island or from ourselves when considering how we’re going to grow or diversify our businesses in the face of things like the economic disaster that will be Brexit.

Taking on and overcoming challenges are bread and butter for entrepreneurs. They fuel us for the journey ahead and make reaching the promised land of business growth, job creation and profit generation far more satisfying.

And that’s what sets the two-thirds of entrepreneurs aside from those that are regretting their foray into business ownership. Of course, not everyone sets out wanting to be an entrepreneur, but circumstance and opportunity play an equal part in achieving success.

So perhaps, rather than a lyric from the ‘Chairman of the Board’ Mr Sinatra, a better quote might be the one from author and activist Helen Keller who said, ‘life is either a daring adventure or nothing at all’.

To my mind, that’s as much about entrepreneurship as anything else. 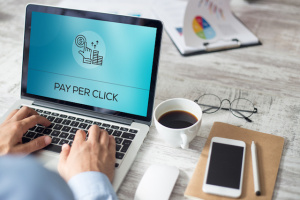 Do you use paid search to attract the right customers? 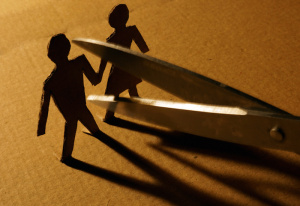