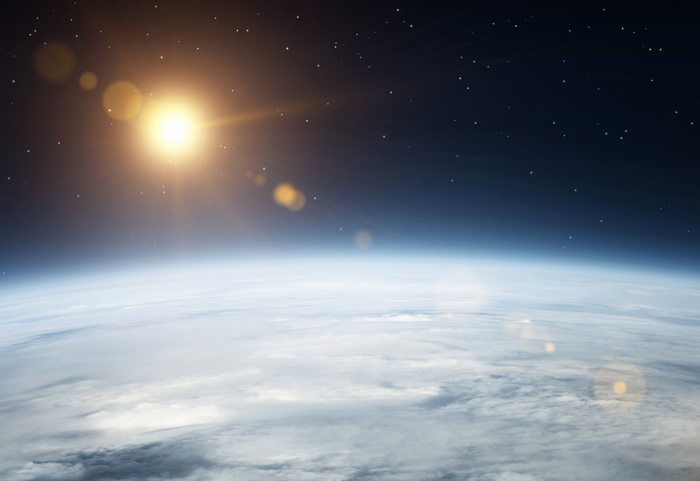 Share via
Rafel Jorda Siquier launched an innovative scale-up business specialising in affordable space missions, and shares with us how he sells his services around the globe. For some business owners, scaling up overseas can seem like a very daunting prospect, but in the digital world it is becoming easier and easier to grow in this way. As we explored in an earlier article, platforms like ebay and Etsy are making it simpler than ever before to get your product in front of foreign customers and services such as Fulfilment by Amazon are making delivering overseas easier, taking on the mammoth task of handling a company’s logistics. In fact, it is increasingly becoming the case that businesses are effectively being ?born global” in other words, operating in several countries from minute one. Open Cosmos is one such business, and here founder and CEO Rafel Jorda Siquier shares his story of affordable space missions. What does Open Cosmos do” Open Cosmos is all about simple and affordable space missions. It provides satellite missions from simulation and design, to launch brokering, insurance and operations. ?Several years ago, when I was at university I started a project that took a picture of earth from a stratospheric helium balloon. The results where several beautiful pictures where you could see a dark sky with the sun and the curvature of earth,” said Siquier. “That made me realise that space technology was something within my reach and ever since I dedicated all my efforts to make space simple and affordable for as many people as possible. The business had designed and delivered its first satellite within six months, but converting this momentum into commercial tracking became a challenge. However, it has just signed a major contract with the European Space Agency (ESA), becoming the first space mission provider for its Pioneer programme, which seeks to minimise the barriers to space access. One area of expansion is a UK spaceport based in Newquay which has the longest runway in the UK The contract with the ESA meant that Open Cosmos began life as an exporter of products and services, and since then it has grown in 28 countries.

Being born global Open Cosmos has found it easier to operate in Europe than the rest of the world, because of the buying power of public and private entities and the reduced amount of paperwork. In addition, it has been easier to arrange meetings with closer neighbours. There might be some changes on the horizon as the UK leaves the EU, but Siquier does not anticipate this being damaging. “It’s true that we had to spend time planning for a few scenarios, and that we are taking it seriously. However, the biggest impact so far was the time it cost us explaining to many stakeholders how we are not too affected.
Although there are further growth plans on the horizon, Open Cosmos only researches entry into another country when there is significant interest, as it is already firmly established in the US and Europe. ?Depending on the country, research can take minutes or hours,” said Siquier. ?We are seeing an increase in conversations with entities in Asia and the emerging countries. Their governments make it attractive to startup companies that work with assets in and data from space. Those entities are great potential customers.

Obstacles to exporting There have been other challenges to overcome operating in so many countries, such as language barriers. According to Siquier, sometimes the information flow with other entities would be easier between native speakers, but the business has addressed this issue by hiring staff with German, French, Mandarin, Estonian, Spanish and Catalan language skills. Being born global, the business took care to design the product with export compatibility in mind from minute one. However, logistics at short notice can still be a challenge. ?We had to get one of our satellites to the Netherlands very quickly and the logistics companies refused to accept a job of that value on short notice,” explained Siquier. “It was easier in the end to book a flight and to get the paperwork done to take it onto a plane. To infinity, and beyond Over the next 12 months, the business has ambitious growth plans. Siquier plans to triple the team size and grow the number of potential mission customers by getting more development kits out to people from other industries that will start using space technology as a tool. “The space industry foresees continued growth and investment in the future, as it had been in the past during global economic fluctuations,” he said. ?Part of the reason behind it is the strategic nature of the products and services. This acts as a good anchor for our business. The rest is good management of risk and keeping oversight.
This article is part of a wider campaign called the Scale-up Hub, a section of Real Business that provides essential advice and inspiration on taking your business to the next level. It’s produced in association with webexpenses and webonboarding, a fast-growing global organisation that provides cloud-based software services that automate expenses management and streamline the employee onboarding process.