The best businesses do it differently, stand out from the crowd and make customers feel appreciated. But, as many a parent has told their children over the years, life isn’t fair and, in the case of businesses it’s an unfairness that’s putting livelihoods and jobs at risk.

I’ve written several times over the past few years about the state of retail and the high street, and recently, unfortunately, more often than I’d have liked.

In the past it was how big firms, like Woolworths failed to adapt to changes in society and shopping habits. It has been a bit of modern history that’s continuing to repeat itself with stores such as House of Fraser.

It is also about the advent of online shopping, which has affected retailers, big and small alike, with none immune to the effects of the click-to-buy revolution.

And while the high street has been told that it must evolve or die, internet retailers, particularly large ones, have been able to get round the obligations that hang round the necks of brick-and-mortar stores – most notably business rates.

For a bit of context, a department store in most UK cities – not including London – will pay somewhere around £2 million in business rates. An out-of-town warehouse occupying similar space would pay less than £150,000.

To reinforce this further, a report called Bookselling Britain found that in some circumstances Amazon was paying 16 times less in business rates for its distribution centre than a nearby Waterstones book shop.

That’s about as equal a playing field as expecting England to take on Croatia at the World Cup with lead in their boots!

Basically, it means that online retailers receive, essentially what is, a state-backed subsidy not available to physical shops.

Amid all the Brexit BS engulfing prime minister Theresa May and her warring government, it appears that some politicians are trying to focus on what’s actually happening in the country they’re trying to acrimoniously divorce from our European partners.

The Commons Treasury Committee has written to chancellor Philip Hammond to ask whether business rates are “fit for purpose” in the battle between high street and internet retailers.

As part of their concerns, Committee chair Nicky Morgan has questioned whether the Treasury did any analysis into the competitive advantage for businesses that focus on online sales.

To be honest, they don’t need to do much scrutinising based the figures I mentioned earlier. In fact, it’s another thing that just needs less talking and more common sense action.

Firstly, rates for internet retailers need addressing. Business rates help to pay towards the national bill for things like highways, rubbish collections and other public services. These are all used by online retailers, so surely such companies should contribute in equal measure.

But we could, and should go further. Countries like the US and Australia have ways of encouraging investment in towns and city centres, including enforcing a sales tax on online retailers.

These monolithic distribution centres for products bought online should be subject to an internet sales tax based on the value of goods shipped, rather than the local rental values.

This is an idea advocated by one of the country’s Business Improvement Districts (BIDs) called NE1 in Newcastle, which has actually delivered positive improvements to its retail offering compared to many other parts of the UK, but knows more has to be done.

Cash raised by the internet sales tax should then be funnelled into the high street to create better places for businesses to operate and attract customers.

Maybe then a level of fairness can be returned to the retail industry, which gives shoppers the best of both worlds and protects the majority of the three million people employed by the sector.

Who are the UK’s top 25 SME Culture Leaders? 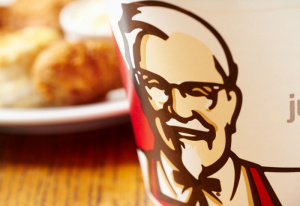 What do Facebook, KFC, Snapchat and the Trumps have in common?