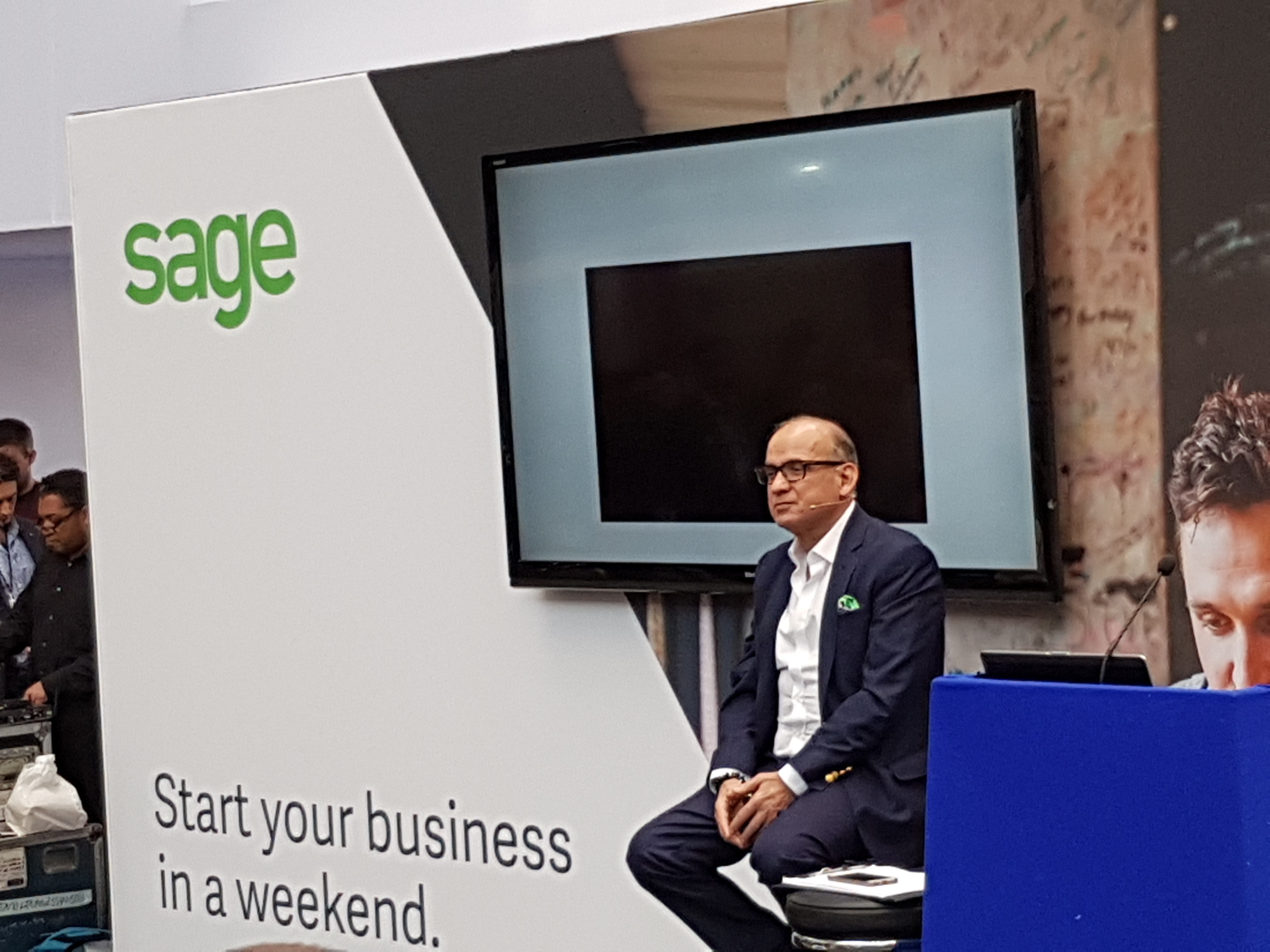 If you happen to be at The Business Show (on Thursday 17 and Friday 18 November), you can find us at Stand 985, so be sure to come and make your presence known.

We’re open for business at the @TheBusinessShow! Come and see us over at Stand 985 #TBS2016 #SMEs pic.twitter.com/JSO29IDVHp

We re here mingling with the SME leaders that are present, while editor Hunter Ruthven can be found on Keynote Stages 1 and 2” talking with bosses of Cambridge Satchel Company, Graze and more.

It may have been early doors, but we found one rather alluring business, Hands on at Work, providing massages dreamy for a hard day of networking.

Keep your networking relaxed with @HandsOnAtWork at Stand 474 get recharged with Kathy and Eve #TBS2016 @TheBusinessShow pic.twitter.com/omk2rZMSkf

According to Kathy Scott, founder of the six-year-old business, the past two years have seen a shift in appreciation for the company’s services.

?We provide workplace massage for health, wellbeing and staff motivation. When we started we found it difficult for some companies to take seriously because they felt it was a bit warm and fluffy, and not something they should invest in,” said Scott.

But in the last couple of years, employers are now realising they?ve got to look after staff, so this is one way they?ve got to do that as part of a larger strategy.

With SME clients that have everything from 30 staff to more than 200, some customers use Scott’s business regularly while others adopt a bi-annual approach for team building and well-being days.

And a reminder to make sure your fast growth is managed with care… @TheBusinessShow #TBS2016 pic.twitter.com/M4UYXZ0cj4 ” Real Business (@Real_Business) November 17, 2016

Elsewhere, we also heard from Touker Suleyman of Dragons” Den at The Business Show, where he spoke in front of an eager crowd of business leaders.

“There’s never been a better time to start a business. The UK needs young entrepreneurs and startups,” Suleyman said.

In order to succeed, his main top tip is passion.

Believe in yourself. The biggest investment is yourself your time and your passion, nothing can buy that. Believe in your idea and in your goal, and let nothing stop you. Even if things go wrong, it’s not the end of the journey,” Suleyman said.

He kept The Business Show crowd engaged as he added that they should set short, medium and long-term goals, while only funding through friends and family in the beginning to avoid giving away too much equity.

As for his own investment approach, the entrepreneur is what he looks at first off. Can they withstand pressure. Can we both see the same vision?” he said. Then comes the idea and product.

In his own words, everyone has challenges, but it’s the drive and will to sort them out” that will bring about success, while cash flow is the main thing to keep on top of.

The fashion business is going through a recession, says @toukersuleyman, so brand is the most important thing #TBS2016 @TheBusinessShow pic.twitter.com/WEEfEBXIsV

And when it comes to success, the owner of luxury brands Hawes & Curtis and Ghost has achieved a great amount of it.

So isn’t it about time he puts his feet up and sits back?

“I love my job. What I do I’m passionate about. I work seven days a week. Recreation” I work. You’ll see me in stores on the weekend speaking to customers. Monday morning I sit with the team and know what’s going on. Would I give up to sit on a boat or beach” No. Retire No. I’m here to stay for quite a while longer,” he said.

Business coach Emma Roache, another entrepreneur at The Business Show, would have words with Suleyman on his approach to work.

While the work-life balance discussion continues, Roache is keen to tell people at The Business Show about the life-work balance.

“I?m a slightly different business coach, I?m not a mentor. I work with people to unlock what’s in them. A lot of people have limited beliefs and don’t believe they deserve to be successful or they have a fear of failure,” she explained.

While that isn’t an issue for Suleyman, he may achieve more satisfaction with a better life-work balance.

“Instead of work-life balance, I promote life-work balance your life is more important than your work. Yes, they?re both important, but people I work with take more time out for life and they?re more productive, they?re happier and the family is happier.

Of course, if life-work balance isn’t for Suleyman, he can always grab a massage during his weekend patrol of his stores. Catch some of his discussion on the Real Business Facebook page.

Oh, and if you happen to be looking for somewhere to work at The Business Show look no further than the Hubble Co-Working Space, where seats and free WiFi await.