I am 100 per cent behind anything that encourages the nation to be more enterprising;  that encourages startups and existing businesses; that makes the concept of working for yourself or running your own business seem achievable and more to the point and acceptable aspiration with a bigger majority of people.

I absolutely passionately believe that encouraging enterprise in this country is an essential backbone to the future.

Many deride programmes such as The Apprentice and Dragons’ Den as having done more harm than good. I do not. They’ve made business more mainstream by combining reality TV with a business format, and in doing so have brought business into the world of millions who would have previously thought of it as a foreign world.

My furniture company services the interior design market. When I started in business, interior design was something for a very small minority of the rich and privileged.  Furniture was bought to last a lifetime or longer if good enough to transform into an antique of the future.

Then along came one or two colourful, high profile people – such as Terance Conran and Tricia Guild – followed closely by the revolutionary TV programme Changing Rooms and the marmite of Laurence Llewellyn Bowen.

Within a decade, we had the creation of a huge industry, known and popular to the masses and amongst it, the furniture industry too was revolutionized. The repro market was killed, and furniture became a fashion item. Good for me – but not perhaps as good for the traditional East End repro-furniture companies.

We have seen the same happen with the food industry. From a slow start in the 50s, tv personality chefs from the Rouxs, Gordon Ramsey and Jamie Oliver have made fine dining both out and at home a huge and widespread industry, and creating many an industry star.

For some reason, I have never watched The Fixer till now. The subject of turning round an ailing business is clearly topical and dear to many people’s hearts as small businesses all over Britain are struggling. Tuning in last night, I watched Ms Polizzi tackle a failing, family run, fancy dress shop in the depths of rural Essex.

The basic solutions were as follows: dispose and liquidise the excess stock; glamorize the shop itself with a jazzy new shop fitting; opening the family’s eyes to the concept of customer service; regular time off for the entire family to improve mental, emotional and physical health and a huge re-launch party.

As with all tv, there were huge over-simplifications: who paid the shop-fitter (who normally does Disney); the high attendance at the launch (possibly not achievable without Ms Polizzi’s presence?); the changing of staff to rota and weekend work, which should have undoubtedly come with a government HR warning of don’t-try-this-at-home.

Yet for all that, the basic principles were entirely sound: principles that most SMEs have been trying to enforce over the recent years, and we can all listen and learn. And in addition, they worked – and again, that’s what we all like and need to hear… some happy endings in business. This is encouraging stuff.

So yet again, I am won over to the idea that in this fight to re-start Britain, more mainstream business shows – that, yes, appeal to the masses – can make success in business an achievable aspiration and are all a very good thing for Britain’s future. 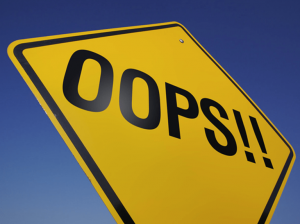 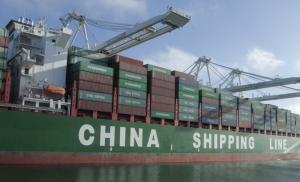 Do it now: Why you need to register your trade mark in China