What is it like for Chinese companies expanding into overseas markets?

TikTok is causing waves among 500 million global users with its trending memes and musical humour. In September 2018, it surpassed Facebook, Instagram, YouTube and Snapchat to become the most downloaded app that month.

China: The birthplace of tech phenomenons

What is perhaps less known is that Bytedance, the company behind the global phenomenon, is Chinese.

TikTok is just one of the many Chinese companies making people tick in all corners of the world. Photo editing tools and – of course – games like Arena of Valor have also been doing well.

Tencent was making nearly $5.3 million a day from their multiplayer online battle arena game alone. Sixty-two of the top 100 grossing mobile games in 2018 originated out of Asia and accounted for 66% of the global revenue generated.

Last year, 63.8% of our revenue came from Chinese companies targeting overseas markets, up from 44.9% the year before. Chinese app developers have spent more than $2 billion on overseas ad spend last year, according to our calculations.

The Chinese market is dominated by digital media giants. Baidu, Alibaba and Tencent, also known as the BAT giants, make up 90% of the mobile market. It is hard for small and medium-sized companies to get noticed when BAT takes up so much space.

First introduced by President Xi Jinping five years ago, it is a “21st-century silk road” which aims to connect 71 countries across Asia, Africa and Europe.

At the same time, the strict regulatory uncertainty lately has posted challenges for small and medium-sized companies.

The game freeze of last year punched billion-dollar holes in many publishers’ pockets. Meanwhile, the regulators are increasingly concerned over the impact of games on young players and are demanding access restrictions.

Outside of games, the regulators are also banning user-generated content which has hit short video platforms the hardest. All things considered, it is no wonder that small and medium-sized companies are looking beyond the boundaries of their home market.

Chinese companies’ technological innovation of apps has proven to be very lucrative in overseas markets. This is because China embraces mobile internet (almost) more than anywhere else.

Especially when those who sail into the global market are coming back home with riches. Chinese companies have been focusing their efforts on economies that form part of the multibillion-dollar Belt and Road Initiative.

First introduced by President Xi Jinping five years ago, it is a “21st-century silk road” which aims to connect 71 countries across Asia, Africa and Europe.

It accounts for half of the world’s population and a quarter of the global GDP.

The initiative might be about laying down physical roads and establishing sailing routes, but the increased physical trade has also translated into an increase in digital trade as well.

Countries and regions in the Belt and Road accounted for 64% of downloads of Chinese apps outside of China in 2018, up 58%.

Meanwhile, Chinese e-commerce has been a global success for a while now. Online mobile payments such as Ant Financial have been striking up deals in India, South Korea, Indonesia and Pakistan.

Chinese companies technological innovation of apps has proven to be very lucrative in overseas markets.

Expanding into overseas markets is still a difficult challenge which requires plenty of research and localisation work. Apps need to appeal to local needs and transcend cultural barriers.

However, that is still not stopping Chinese developers and publishers from rushing to get their games and apps out in new markets. We are witnessing a gold rush.

Chinese companies are racing against each other to be the first to introduce their apps throughout the Belt and Road. China is surrounded by countries with blooming mobile markets and plenty of opportunities.

Is success a given?

If they can be the first ones to launch their platform in any of the territories, then success is almost guaranteed. China has gone through two waves of mass exportation: first, we exported cheap goods, then tech hardware.

– This third wave is digital.

Chinese companies’ technological innovation of apps has proven to be very lucrative in overseas markets. This is because China embraces mobile internet (almost) more than anywhere else, which nurtures an environment that encourages innovation in technology, products, and ways of meeting people’s needs. 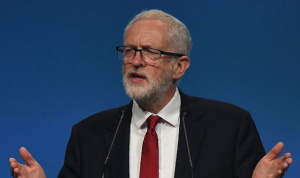 Labour’s view of corporate governance – a work of fantasy? 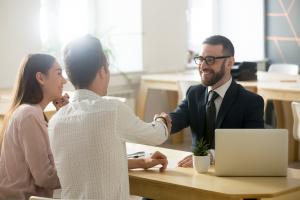