Britain’s immigration policy has been kicked about in true political style since former prime minister David Cameron announced the Brexit referendum last year. And the result has been a period of extended uncertainty for UK businesses with foreign staff.

For many SMEs, hiring foreign staff has become a business-critical, albeit last resort, recruitment solution. Sectors such as tech, engineering and health are suffering critical shortages of skilled labour in the UK, with employers recruiting talent from abroad to remain operational and competitive.

But the Home Office’s process for hiring talent from outside the EU is intensive – and costly. It also places a number of administrative duties on the employer. It’s not an option businesses take on lightly.

In other sectors such as construction, leisure and retail, businesses have become reliant on the 3m EEA workers currently in the UK, filling gaps in low-skilled jobs where domestic workers have been unwilling to take on the work. But the future of this cohort hangs in the balance of the Brexit negotiations.

With May now having formed a Conservative government in alliance with the DUP, and with Brexit negotiations set to resume on 19 June, what can UK employers expect for future immigration policy?

Both the Conservatives’ and the DUP’s election manifestos called for a tougher stance on immigration. The Conservatives promised to continue their mandate to reduce net migration, lowering the previous target of 100,000 to the “tens of thousands”.

Detail of what this means specifically for economic migrants and employers of foreign staff is not yet clear. However it is reasonable to expect measures to be proposed that promote UK employers using resident labour over foreign nationals.

Higher visa application costs, greater prevention of illegal working duties on employers, tougher visa eligibility criteria – all are on the cards to impact businesses. One suggestion by the Tories was an increase in the “Immigration Skills Charge”. Since April 2017, employers of foreign staff on a “Tier 2 visa” have to pay £1,000 per worker per year. The new proposal is to double this charge to £2,000, per worker per year.

For SME bosses, a rise in immigration fees such as this could be a deal-breaker, pricing them out of the global skilled talent market while still facing shortages in suitably-skilled domestic workers.

As Brexit negotiations resume, a decision should at last be expected on the future immigration status of EU nationals in the UK. To date there has been no definitive vision of what this would look like, with May seeking to retain some bargaining leverage in return for the rights of British expats living in EU countries.

If the UK does withdraw from the free movement of labour agreement, it’s likely that EU nationals currently in the UK will be permitted to remain, with some form of registration requirement for those who have not been in the country long enough to qualify for permanent residence status. Importantly, withdrawal would also demand a new or revised immigration system dealing with EU citizens looking to come to the UK.

The existing Points Based System (PBS) covers skilled workers and students from outside the EEA. It is possible the PBS may be adapted to cover EU citizens. Under this system, only those employed in roles featured in the official ‘shortage occupation list’ of skilled professions would be eligible to work legally in Britain.

What does this mean for your foreign staff?

The Conservatives have made their pledge clear to reduce net migration. The threat alone of increased visa costs, heavier administration duties and further restricted access to global talent may be enough to put off many SMEs. But with resident labour failing to meet demand at both the skilled and low-skilled ends of the market, how compatible this approach is in helping to support and sustain UK business remains to be seen. 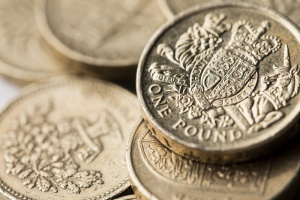 Staff wage war with BMW over shift in pension scheme