On 30 September this year, the Criminal Finance Act will take effect and businesses must be prepared to meet the deadline.

This new piece of legislation gives HMRC a global mandate to pursue the possible facilitation of tax evasion anywhere in the world if it involves a UK tax liability. Under the Act, it is a criminal offence if a business fails to prevent “associated persons” from enabling tax evasion by a third party.

Marie Barber, managing director in the Regulatory Tax Advisory team of Duff & Phelps, said: “Transparency, fairness and accountability have been dominant themes in taxation for some time. The Criminal Finances Act is a continuation of this and we should expect tax authorities to quickly wield these new powers to target corporate facilitators around the world.

“It is not dissimilar to other legislation designed to influence corporate behaviour, such as the Bribery Act and the GDPR. It thus requires a similar approach to assess risk and put measures in place to prevent the targeted activity from occurring.”

The legislation requires businesses to actively participate, rather than simply producing a statement. Businesses should identify areas of risk, and consider steps to mitigate and facilitation of tax evasion.

“HMRC appreciate the tight timeframe and do not expect 100 per cent compliance by 30 September, but it does expect businesses to have performed the risk assessment and have the policy and procedure process well underway,” said Barber.

“The Criminal Finances Act is extremely far-reaching and will put the spotlight on a huge range of businesses, meaning many people have a lot of work to do in less than a month to ensure compliance.”

Organisations prosecuted under the Act will face unlimited fines, as well as reputational damage.

According to a poll of 100+ investment managers by Cordium, three in five respondents are not clear on the new offences or how to protect their firms.

Back to School: Lessons in cyber security 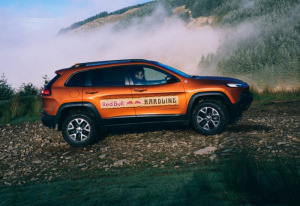 Spread the word: Using your vehicles as mobile advertising