2016 was a record-breaking year for Chinese festival, Singles Day, which has evolved from a national celebration of single people into the world’s biggest online shopping event.

Jack Ma, Chinese billionaire and founder of ecommerce giant Alibaba, is the driving force behind the success of Singles Day, having spotted its commercial potential and adopted it in 2009.

This year, Alibaba announced its best year yet, with sales on the day reaching 121bn yuan (£14bn), a 32 per cent increase on 2015. By comparison, Black Friday in the UK last year generated £1.1bn in sales in the same time frame.

Overseas shopping events like Singles Day – such as American imports Black Friday and Cyber Monday – have experienced astounding uptake in the UK. While Singles Day is unlikely to enjoy the same reception, given that it falls on Armistice Day, UK businesses should take heed.

The fact that several British brands, including ASOS and Waitrose, have already dipped their toes in Alibaba’s Tmall site – China’s largest third-party online platform – is just one reason to start feeling the pressure.

So, with days to go until another Black Friday, what should businesses take from Singles Day to ensure they make the most of the new opportunities it – and other similar new shopping events – present?

Who could have predicted that a day to celebrate China’s celibate could have spawned such an important shopping event?

Similarly, while Black Friday has become an accepted part of the shopping calendar, its origins are rather hazy, with explanations pointing to everything from the slave trade to retail debt to the viral singer Rebecca Black.

If there’s one thing Singles Day teaches businesses, it’s that new shopping phenomena – and sales opportunities – come from the least likely of places. Businesses need to be constantly monitoring for emerging trends, both within their local market and on a global scale, and thinking laterally about how to make them relevant.

Even if they don’t immediately seem a likely fit, businesses that fail to consider all options risk being left in the dust.

This might be a hackneyed phrase but, in world that can change at lightning speed, it’s never rung truer.

For many years, Black Friday in the US has been synonymous with chaos, but no one seemed to anticipate the turmoil it would cause when it hit UK shores, particularly in the bricks and mortar retailers that were quickest to latch on.

Wal-Mart’s cousin Asda, for instance, was one of the earliest pioneers of Black Friday and, incidentally, has been host to some of the bleakest scenes as shoppers battled it out over flat-screen TVs. The fact that Asda chose to pull out of Black Friday last year – and is likely to abstain in 2016 – suggests the supermarket might regret its rash decision.

It’s clear that Singles Day is the latest trend to have businesses chomping at the bit and next year it will likely be even more prevalent in the UK.

The biggest pitfall for businesses is that they jump on the bandwagon before properly planning how – and why – they can make the most of the opportunity.

Asda has probably been wise in its past decision to boycott Black Friday, recognising that high-pressure shopping days can be incongruous with the in-store supermarket environment.

However, for those that do choose to participate, they need to think holistically and ensure airtight strategies are in place well in advance of the event. Deals need to be thought-out; teams spanning logistics, call centres, customer care and IT need to be briefed and trained; and fulfilment needs to be considered.

The bottom line though is that businesses must ask themselves if they and their distributors can satisfy projected orders. Amidst the clamour, meeting demand is vital.

Whether Alibaba’s success with Singles Day or Amazon coining its own shopping phenomenon – Prime Day – there’s a clear pattern among these monolithic shopping events: the future is digital.

This may make businesses jump for joy. Armchair shopping is surely more civilised than in-store during these events, where stock may be more elusive and tug-of-wars commonplace.

However, digital doesn’t just mean ensuring the desktop experience is up to scratch. Some 82 per cent of Singles Day purchases were made on mobile phones and this behaviour is echoed in other major shopping days all over the world.

As brands are upping their game to magnify the shopper experience and offer alternative buying options (such as dabbling in AR and VR), new media channels are perpetuating a large-scale popularisation of shopping events that businesses need to keep up with.

Singles Day 2016, for instance, kicked off with an extravagant televised gala featuring the Beckhams and stellar performances from artists like One Republic.

While the razzle dazzle might be intimidating, businesses should leverage these opportunities to better engage shoppers throughout the year. On a small scale, it could be as simple as monitoring reviews and responding to queries in a defined time frame.

On a bigger scale, marketers should be thinking about contextualisation and personalisation. According to past research by Econsultancy, almost 75 per cent of marketers know that personalisation increases engagement, but only 19 per cent actually deploy it.

Think of the potential impact if more marketers were focused on pushing the boundaries and meeting the heightened demands of the shopper during these events.

While Singles Day might never take off in the UK on the same scale as the likes of Black Friday, there are invaluable lessons to be learned. Above all, it is increasingly clear that the choice is no longer: in or out?

Businesses must acknowledge these shopping phenomena as part and parcel of their future – who knows where the next might come from?

Tim Carter is the business director at smp 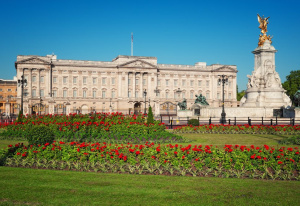 Buckingham Palace renovation makes sense, but SMEs must get the business