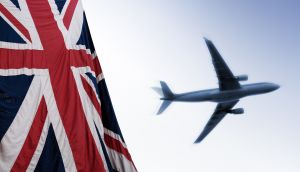 Small business confidence is at an all-time surge after five years of treading water and there is a keen focus on succeeding on the home front, with 38 per cent of decision makers saying there are no barriers to setting up a business in this country. But of the 500 businesses surveyed, only six per cent said trading overseas was a big goal for their business in 2014, due to concerns over tightened regulation and red tape.

Following high profile UK Trade & Investment (UKTI) missions to China and India this year, the appetite for trading overseas amongst UK SMEs is growing. However, only one in five of SMEs are now considering exporting at some point in the future, according to Sage research. They risk missing out on opportunities to grow in the next twelve months. Furthermore, 64 per cent of UK firms do not currently trade broad and of those that don?t, 75 per cent still have no plans to in the future ? suggesting that not enough is being done to communicate the opportunities and benefits in exporting.  A further five per cent said that they would like to but just wouldn?t know where to start.  ?Small businesses need help exporting to get that foothold in overseas markets,? says Simon Hodgkins, Head of Sage One UK and Ireland. ?Our research shows that there is very little understanding of how to go about making the first step in international trading ? small businesses need to have the right support and guidance as navigating the different regulations and approaches to business can be daunting.? The benefits of trading overseas for SMEs are becoming apparent – statistics from UK Trade and Investment (UKTI) show that companies which export see a 34 per cent increase in productivity within their first year of exporting, and are 11 per cent more likely to survive. The main barriers to start or increase trading abroad, according to UK decision makers, were:  For 23 per cent of decision makers who have existing export contracts, they suggest currency complexities; overseas government interference, red tape logistics and language barriers mean there are few opportunities for expansion. By Shan? Schutte