Social media, mostly Twitter, has enabled consumers to vent frustrations or give praise without a call-centre boundary – and businesses to interact with their customers in a way that feels more human.

This more intimate form of branding – versus traditional customer support like call-centres or info@ email addresses – has taken the spotlight when we talk about marketing on social media. But there are some practical uses managers in this sphere should be abreast of: social media is real-time, and that has massive implications.

People often tweet and post when they feel inspired by something – such as a particularly pleasant (or awful) retail experience. Typically they do this at the moment of feeling it, i.e. when they’re in the store, having got out of earshot from the offending party.

Capitalising on this is crucial. Catching them in that high emotional state can yield minor but important victories. It is because they’re in this high emotional state, developing an opinion about the business, that a right move could influence them into becoming loyal customers.

By using Twitter properly you’re catching lighting in a bottle – an opportunity to sway the opinion of an emotive customer.

Knowing the importance of social media in consumer experience was the reason for founding Twizoo, an app which lets users see restaurants and cafes reputations, according to social media, says CEO and founder Madeline Parra.

While the app is built for people to find good restaurants, Parra says they’ve seen businesses fail to capitalise on the benefits of Twitter while they’ve been building their business. “They need to treat it like it’s their eyes on the ground,” she says.

“Sometimes: people just want someone to listen to them. In terms of negative tweets, business’ like to respond with ‘thanks for your feedback, email us @info.com.’ Mostly because they want to take the negative stuff offline. But for [customers] it’s like, but we’re already talking?”

Responding to this need for a dialogue is important; ideally, ‘dirty laundry’ should be aired in private – but not if it cuts up what could be a short, conclusive conversation.

Businesses in some sectors, especially consumer-facing like retail, food etc., can go even further. According to Twizoo’s research, 78% of negative tweets about the establishments they surveyed came while they were still at the location.

This means that businesses who keep an eye on Twitter can quickly respond to negative tweets by sending a waiter or manager to the upset customer – or reply to their tweet, giving them some options and expressing concern. As Parra says, consumers want to be heard and this will mean a lot.

It doesn’t necessarily have to be all bad news. Sharing in a celebration – for example tweeting a birthday party going on in a restaurant – is another way to engage consumers and create a more intimate brand. However, be judicious and know whether the interaction was sought after, or else it’ll come across as being over-friendly.

This doesn’t require neglecting other review sources like TripAdvisor, which will still be the main port of call for potential customers looking for restaurant and store reviews.

While the opportunities of social media are both myriad and confusing – it opens up opportunities for businesses to interact more closely with consumers, both to get feedback and to show them how important their custom is. 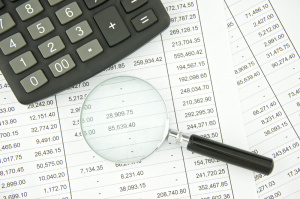 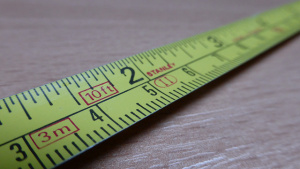