Modern technology makes it possible to sell abroad without ever setting foot on foreign soil, let alone setting up a whole new branch of operations. In fact, it’s common for businesses these days to be born global.

Yet a recent survey conducted by Real Business on behalf of WorldFirst found that just under a quarter of small businesses do not have any customers at all from outside the UK.

On the other hand, around 18% of respondents claimed that more than half of their total sales came from overseas markets.

So, what accounts for the disparate levels of exporting among the UK’s small businesses? Here, we explored what is holding businesses back from thinking globally, ahead of a roundtable later this month to delve deeper into the issues surrounding exporting for SMEs.

The roundtable is being held in partnership with WorldFirst, and will feature insight and advice from one of their export experts, as well as Parveen Thornhill, Head of London and Devolved Administrations at the Department for International Trade, and several small businesses at varying stages of the export lifecycle.

We asked our small business readership exactly that: “What is holding your business back most from selling more overseas?”

Interestingly, only around 8% per put off by “general political and economic uncertainty”.

This correlates with WorldFirst’s own findings that fewer SMEs than ever are worrying about Brexit – although there are still more worriers than non-worriers (45% compared to 41%), the trend shows that small businesses are increasingly starting to look beyond leaving the EU.

Overall, this potentially suggests that small businesses are raring to get going, but lack the advice and guidance they need to get started.

Julianne Ponan, founder of Creative Nature, a free-from food company, exports to Iceland, Jordan and Malta – not typical choices for businesses in the UK. She will be taking part in our upcoming roundtable, and will be able to give more insight into how she decided these were the right markets for her.

Having told us what is making exports difficult for them, respondents then also told us what would make international trade simpler and more accessible.

Unsurprisingly, given their exporting woes, “better market knowledge” and “boots on the ground in the target market” came in top at 27% and 23% respectively. Having someone who knows their stuff when it comes to launching in a new market seems to be fairly high on small businesses’ wish lists.

Ben Knight, co-founder of digital marketing agency Croud will be able to comment further on this during the roundtable discussion, as he has a global network of freelancers and offices in New York and Sydney.

Of course, not all businesses have a physical product to ship overseas. Selling a service abroad offers its own challenges and advantages which Richard Valtr, founder of Mews, a platform to help hotels automate their back offices, will be able to talk about at the roundtable.

However, some barriers to exporting did not seem too pressing for our respondents. Only 7% chose “easier credit checking of international buyers and suppliers” to simplify exporting, and less than 2% chose “easier access to finance”.

Access to trusted advice is clearly crucial for small businesses hoping to start selling globally, and so as part of our partnership with WorldFirst we will be hosting a round table of exporting experts and SMEs doing well from taking their business overseas later this month. Stay tuned for our findings. 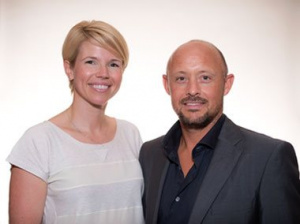