The meeting has taken place today (Tuesday 15 November) and a 2020 government spending target is in place, which would see SMEs receive £1 of every £3 that Whitehall spends on goods and services.

This government’s public sector spending boost would amount to £3bn worth of new business available to SMEs each year, whether through supply chain or direct.

Emma Jones, crown representative for SMEs and founder of Enterprise Nation, told Real Business: “Historically small businesses have shied away from selling to government, thinking it would be too burdensome to pitch and with the belief that government only buys from big business. But times are changing!

“There’s the commitment to spend a third of central government budget with SMEs, and new developments such as GCloud have made it easier for smaller firms to build a profile and secure contracts.”

Jones will work alongside the panel of 24 business leaders to keep driving a stronger working relationship between government and SMEs.

Jones continued: “The secret to success is in deciding on your strategy; do you want to sell direct to government or via tier one suppliers? Then look for the opportunities on sites such as Contractsfinder, and be tender ready with documentation such as health and safety and equal opportunities policies in place. Once you’ve secured government work, shout about it!”

“The purpose of the SME Panel is two-fold; to feed into government on how the businesses are finding procurement in the public sector, and to outwardly promote the opportunity of selling to government to small businesses across the UK. The end result should be a step closer to reaching that £1 in every £3 target. If we get it right, everyone benefits.”

The entrepreneurial panel can be seen in full below: 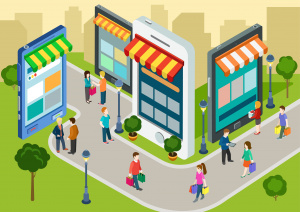 Mobile commerce: Customers want it all and they want it now

Brexit: An A-Z of what it will mean for employment law