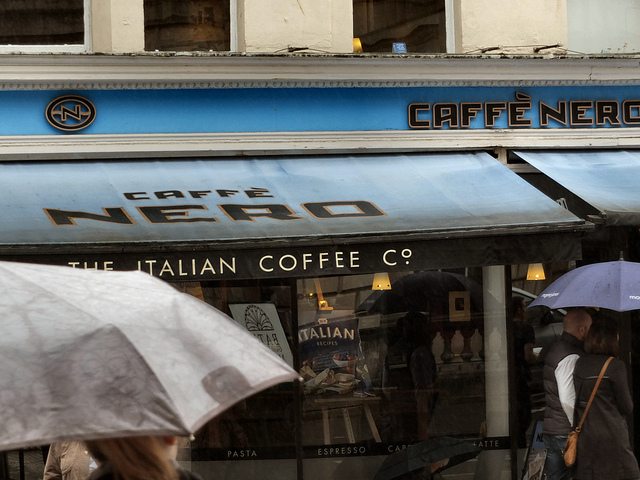 “We wanted to make it clear that we noticed and cared about who was being loyal to us,” says Gerry Ford, chairman of Caffè Nero. “So we introduced our loyalty card scheme at the same time that we launched and we haven’t tweaked it since.”

Founded in 1997, Caffè Nero is today the largest independent coffee retailer in the UK, with stores from Brighton to Glasgow, and their loyalty card scheme has become one of the most successful in the retail industry today. “A lot of our customers seem to think it’s the greatest thing around – they still write in asking us never to change it. And when I say lots, I mean tens of thousands of customers over the past ten years.” The Italian coffee house uses “buy nine coffees and get your tenth free” cards, which get stamped with each purchase. Ford believes the success of the scheme is down to its sheer simplicity: “It’s not particularly slick – we don’t ask customers for any details with their cards, which is important as they don’t feel like they’re being tied into further marketing.” The loyalty cards have also enabled Caffè Nero to track the number of repeat customers: “Every third or fourth customer standing in a queue in one of our stores uses one,” says Ford, before adding: “So we’re carrying out a lot of redemptions!” In order to ensure the scheme didn’t negatively impact on the financial progress of the company, Ford and 25 of his employees internally debated the particulars of the scheme. “We decided that if a redemption was granted for buying less than five coffees then it wouldn’t be loyalty, but more of a discount mechanism, and if it was much more than ten then we wouldn’t be rewarding our customers generously enough.” Ford estimates that the company spends a few thousand pounds per annum on printing the cards but believes they get a good ROI: “Most people carry the cards in their wallet, so they serve as a great branding mechanism. “It’s free PR but, most importantly, it makes the customers feel their patronage is appreciated.” Image source