Camden Town Brewery is part of a UK brewing renaissance but with a big difference – it’s chief product is a lager rather than an ale. The concept began in 2006 when the company’s founder, Jasper Cuppaidge, became fed up with the limited range of “corporate” lagers available to order at the pub he ran in Hampstead, London.

The risk of starting out, he told Real Business, was much greater because of the bigger investment costs and waiting time associated with brewing a lager.

“When we went in it was great for bartenders to have an alternative. We were first out of the blocks, alongside Meantime, but ultimately as the market has got busier we are still one of the only alternatives in terms of lager,” he explained.

From its humble beginnings in 2010 when the micro brewery opened, the business has ballooned to a state where it makes six different brews as well as a number of one-off creations. A staff of three has grown to 60 and growth in terms of revenue has been over ten times in the previous three years.

After initially getting its beer into local pubs and bars, the Camden Town Brewery brand grew – and with it the amount of drinking establishments keen to stock its product. Restaurants including Bills and Byron Hamburger have added Camden drinks to the menu and in all 600 bars in London, and another 600 via partner wholesalers throughout the UK, sell their beer.

Read more about other brewery businesses:

Now, to continue the impressive growth achieved to date, Camden Town Brewery has joined the ever-expanding group of businesses utilising crowdfunding as a fundraising mechanism. Using equity platform Crowdcube, the company has launched a campaign to raise £1.5m.

Cuppaidge said the main reason for the capital raise is to finance the creation of a new brewery, with demand currently meaning that a certain percentage has to be outsourced to Belgium. The unique and cosy confines of its headquarters in the arches of Kentish Town West station mean further expansion there is not possible.

The beer company is not the first of its kind to turn to its customers and wider crowd. In 2013, Scottish beer maker BrewDog ran its Equity for Punks scheme – offering interested investors a slice of the pie. Using a real tank to drive around London and promote the fundraising, the business was successful in hitting a target of £4.25m. The round, alongside a couple of others, meant it has raised £7m from nearly 15,000 “fanvestors” to date.

Like many other businesses that have embraced crowdfunding, Camden Town Brewery is offering rewards based on how much investors kick in. Ranging from a party for 50 friends if you invest £100,000, to a tank of beer every quarter for a contribution of £250,000, Cuppaidge explained that he is looking forward to the input of thousands of investors.

In asking who he takes his inspiration from, Cuppaidge referenced Australian brewer Little Creatures – a business that sold out to Japanese-controlled buyer Lion through a deal which value it at AUS$382m. Camden Town Brewery has now secured the services of a former Little Creatures development director, and now hopes to use some of the growth philosophies employed there.

On the subject of growth, Cuppaidge said: “Growth has been the biggest challenge as it’s been so rapid. We’re in the fourth year of triple-digit growth, so there are people investments around that.

“From three staff in 2010 to 60 people today, it is about finding those who are great and then making them better. For us to grow slightly bigger is a lot of money.”

Constantly working to capacity means that the management team did its forecast three times this year, and still ended up overdoing it. “Never in our wildest dreams did we think it would be this big so fast, but there are some great British breweries now.”

Cuppaidge and the team have mulled over the possibility of taking on private equity backers, but ultimately preferred to stay in charge of operations. The business was approached by may people to help raise money, but ultimately went down the crowd route with Crowdcube because backers will end up being “such an asset to a company like us”.

After a busy six weeks of getting prepared with structures and articles, Cuppaidge and the team are now busily answering questions from perspective investors. The fundraising ticker currently sits at a little shy of £300,000 from some 300 people, with 57 days left on the clock to reach £1.5m.

On the shopping list after hopefully raising the capital, alongside the new brewery, will be additional pub sites. A site has already been secured on Kentish Town Road. Careful to not get ahead of himself, Cuppaidge revealed that the business will not be going to far afield just yet.

However, with a major deal soon to be announced involving a major supermarket, and its beers already popular enough to be stocked in the Harrods food hall, Camden Town Brewery is far from calling last orders. 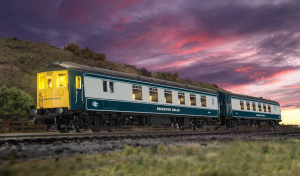 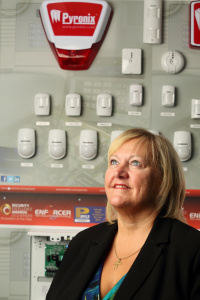