I suppose this all kicked off (excuse the pun) with the news, under Parliamentary privilege, that no-one was permitted to so much as breathe the name Sir Fred Goodwin. This farce ended when the veil of secrecy was partially lifted to reveal that Sir Fred allegedly had a sexual dalliance with one of his senior employees.

This set me thinking about some research a fund manager colleague and I conducted a few years ago. We set out to analyse what were the root causes of our biggest investment mistakes in the companies in which we had significant shareholdings. We very quickly found out that just about all horrors fell into just two categories:

The first involved CEOs who were quite brilliant fibbers. They were so all-consumingly good at lying that not even our world-weary cynicism picked up the warning signals. The second category was much more unexpected. In several instances, the fortunes of the company had fallen off a cliff because the middle-aged CEO had decided to spice up his private life (yes, pathetically, they were all men!) by taking up with another, usually considerably younger, woman.

Could it be that playing away does damage your company?

Lord Oakeshott (himself a fund manager, so he may have had similar experiences to ours) suggested the possibility with regards Sir Fred Goodwin and requested the FSA look into it. I must say, I’m having much fun fantasising on the FSA’s approach to such. The thought of some FSA drone (or perhaps the redoubtable Sir David Walker?) squaring up to Sir Fred Goodwin and saying “prove to us that dropping your trousers for Ms X had no bearing on the collapse of RBS” is just wonderful.

To be fair to Sir Fred Goodwin and other titans at the head of large organisations, such as Dominique Strauss-Kahn, our conclusions only involved small companies and if the key man in such a business takes his eye off the ball, as it were, then the company probably hasn’t sufficient talented substitutes to cover for him.

Large concerns like RBS or the IMF should have much better developed infrastructure – or do they? If that large enterprise is run by a very dominant personality, surely it is possible that the whole ethos of the organisation could be at risk?

The collapse of Enron is an example. In his book ‘Pipe Dreams, Greed, Ego and the Death of Enron’, Robert Bryce quotes a Wall Street analyst’s verdict on Jeff Skilling’s (Enron president) sleeping around as “it addresses the character of the man. This is a guy who felt he could get away with anything. You can see it in his personal life and his business life”.

Conventional wisdom (well certainly in France!) argues that your private life has no effect on your ability to do your job. In the case of politicians who are, by nature, self-obsessed, this is probably true – no matter how badly they behave, they are conditioned to just ploughing on through thick and thin.

In the case of businessmen and companies, I am not so sure. 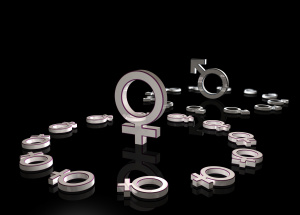 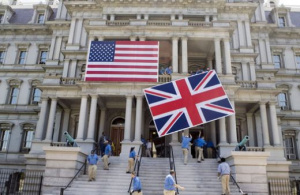