Such a dispute would be simple to rectify and not necessarily result in a litigation if a well-structured contract was in place. However, in this case, Ashley’s alleged offer was a verbal agreement, and not confirmed by a written contract. Therefore, he has disputed the veracity of the claim.

His defence rests on the notion he was too drunk to knowingly and intentionally enter into a verbal agreement, let alone a corporate proposition. Whereas Blue has alleged Ashley was sober enough to conduct other business during the evening, and that Sports Direct executives regularly conducted business in similar states of intoxication.

What does English law say about a verbal agreement – are they enforceable and, if so, can somebody be too drunk to enter into a legally binding agreement? And what are the lessons small business owners can take from the case?

For most types of contracts, the law does not differentiate between verbal and written contracts with regards to enforceability. There are four principles which make a legally binding contract, as long as these are present, the contract is valid. These are:

• Offer – an expression of willingness to contract on the specified terms made with the intention that it is to become binding as soon as it is accepted;
• Acceptance – a final and unqualified acceptance of the offer;
• Consideration – something of value;
• Intention to create legal relations – both parties to the agreement must intend that it be enforceable by law.

Therefore, so long as the contract contains these four principles, then generally it is legally binding. Whether it is created verbally or confirmed in writing is not relevant in terms of the law. If one party challenges the terms of the agreement though, or disputes its existence altogether, then it can be difficult to prove the existence of a verbal contract, hence Ashley’s dispute.

The issue of “capacity” enters the dispute here. If one party is so inebriated as to dispossess him of the mental capacity to form a contract, then it may be unenforceable. Therefore, the level of intoxication is a contentious issue, if the disputing party can prove their extreme intemperance was clear to the other party, then it can also be alleged unfair advantage has been taken.

In the case of Ashley and Blue, the point of contention is that the retail magnate claims he neither entered into an agreement nor intended to create legalities. Ashley has dismissed the discussion as pub “banter” after he had drunk a “considerable amount of alcohol” during an evening in which the pints kept “coming like machine guns”. Furthermore, his lawyers have argued the alleged agreement was not confirmed in writing.

On the other hand, Blue argued that Ashley was not too intoxicated to make decisions and conduct other business during the evening, such as liaising about football signings for Newcastle United, which he also owns. What’s more, he alleges that Sports Direct’s C-suite culture was more locker room than board room – characterised by flagrant antics and long drinking sessions in place of meetings – therefore it was not out of character for Ashley to conduct business in this state.

The ruling will rest on the evidence submitted by each side. Ashley will hope Blue is unable to prove he agreed to pay him £15m. To do so, Blue will have to produce evidence that references the agreement at the time and any subsequent evidence to show that the parties were working towards the claimed agreement. The decision will rest on the balance of probabilities, and both sides will attempt to disprove the claims of the other.

The lesson that small business owners can take from this case is that it is always better to get the terms of a contract confirmed in writing, so that written proof exists in case one party challenges its terms or existence. 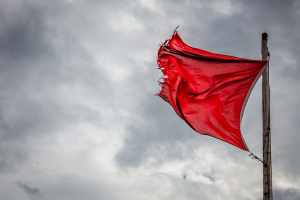