Over the past decade and a half, the country has gone from rural communist idyll (depending on what side of the proletariat you were on) to global business and economic leader.

The west couldn’t quite believe that this communist country could also become an economic juggernaut on the world stage, and in such a short space of time.

The economic rise of China – and brand knock-offs

Following China’s rapid upscaling from zero to hero, then came the accusations that when it came to business technology, China was merely producing cheap knock-offs.

From Renren, a direct facebook imitation, to the hundreds of Chinese clones of e-commerce marketplace Groupon, Chinese tech leaders were certainly unafraid of treading on anyone’s toes with it came to brand imitation.

Competition is a good thing

But as LSE professor Keyu Jin told the audience, when she took to the stage of Wired Smarter’s mega-conference last week, the ‘copy-cat’ culture so sneered at by the west’s business community actually produced Chinese companies that were more robust and innovative than others.

Moreover, she claimed, the Colosseum ‘fight to the death’ culture of Chinese business is a great eco-system for producing the most successful companies, and just maybe, British businesses can learn from their toughness.

” Once upon a time the world looked down upon Chinese technology companies, they were considered to be copy-cats, imitators and appropriators instead of innovators”. –  Keyu Jin, LSE

But despite all the copy-catting and slurry accusations from the west, China is driving technology and innovation globally.

” This is the first time in history that a developing country with only 25% of the GDP per capita of the US is actually at the cutting edge of technology and leading it in many aspects”. – Keyu Jin

Whilst other nations may put China’s success down to government isolationism, it’s copycat culture, and cheaper resources of labour, Jin disagrees.

Instead, she says it’s down to the culture of doing business in China, which is fast-paced and offers little mercy to competitors.

The brutally competitive nature of the country’s ecosystem may stimulate numerous copy-cat brands, but the ferocious competition means only the best come out victorious.

Alibaba, an e-commerce copycat of eBay launched in 1999, eventually kicked the international company out from market dominance in China.

It was one of some 12,000 e-commerce sharing platforms that were created at the time.

How did unoriginal brands like Alibaba manage this? Well, they competed ferociously against each other and drove prices down to the ground.

“The environment of stiff competition between numerous brands produced companies with the most robust business models”. – Keyu Jin

Through a highly cut-throat eco-system, China has managed to make the transition from a business culture of imitation to that of innovation.

” Fintech is not only closing the urban-rural gap, but it’s also solving inequality at a rapid pace”. – Keyu Jin

– And in a saturated marketplace across all sectors, maybe there’s something here that British businesses can learn from their Chinese counterparts.

” When a country is without the burden of tradition and entrenched systems, it’s actually easier to adopt innovation.” – Keyu Jin

The app is a combination of other pre-existing app technologies such as WhatsApp, facebook, skype, and Paypal, –  but all one platform.

This is exemplary of Chinese imitation and innovation at it’s best, where it’s taken the best aspects of existing tech, but has innovated it by combining these services onto one easy-to-use singular platform.

Because China experienced massive socio-economic acceleration from the 1980s, this big jump actually facilitated a leap-frog style type of growth and innovation.

This created an environment where entrepreneurs could by-pass the challenges of updating inefficient technological methods, as they didn’t exist, to begin with.

” If stuff doesn’t work well in the real world, in the physical economy, then that gives more room to efficiency gains provided by the digital economy”. – Keyu Jin

Jin uses the example of the lack of a traditional banking system in China. Because the bulk of society, and especially those living in rural areas, didn’t have access to these resources, they jumped straight to online banking when it became available – ergo, rapid innovation.

” The financial system in China is a mess, it’s unreliable, households don’t have great access to it, and this gives fintech the space to improve and fill this gap effectively”. – Keyu Jin

Alipay, the financial arm of Alibaba is another example of the merits of fast-paced innovation. This platform enabled rural communities who were locked out from access to banks, to go straight to online lending when it became available.

” Research has shown that you’re 40% more likely to become an entrepreneur if you’re able to access these kinds of online lending platforms.” – Keyu Jin

What can UK SMEs learn?

Now we’re not expecting any of you SME owners to start trying to get your competitors locked up in prison.

However, there is something to be said of the Chinese spirit of business competition, where businesses are constantly judged by their ability to transform and innovate over ideas about brand originality.

With the onward march of digital tech, it’s unlikely anyone is ever going to create a wholly original e-commercial or social media platform idea.

But if startup innovators can welcome healthy competition and be unafraid, then they can constantly test out and amend their business models, enabling a healthier and more robust business going forward.

Now a counter piece of advice, if business owners are starting out, or about to launch a new product, they should try and put themselves in the Chinese mindset. Doing so may help them asses just how disruptive their product is going to be.

Take the online lending services example of earlier. Because Chinese consumers didn’t have good access to traditional lending platforms, they went straight to digital when it came along. Think about launching your business in the same way.

– Is your product or service completely new and fresh, or is it simply built on what’s come before?

Both sides of the coin can produce success in business, as has been shown in China, but it only works if you keep innovation at the forefront of your mind.

Let’s put the world’s 1.2 billion cars to better use 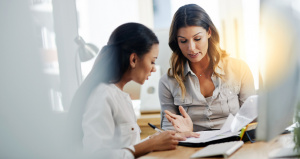 Why staff reviews are essential to growing your business