The company, which is just three years old, is expanding at light speed having more than doubled its revenues from £108.8m to £302.5m in the last quarter of 2011. But cuts to the marketing budget coupled with aggressive structural growth internationally have weighed on the business.

While analysts debated the validity of Groupon’s £8.9bn valuation and wondered out-loud whether a business that sells daily discounts could be viable long-term, entrepreneurs had their say too. Here are some of the best pearls of wisdom:

Gerard Doyle, CEO of DiscountVouchers.co.uk said: “While the financial markets were looking for a profit from Groupon this quarter, it seems to me that this was not Groupon’s focus. Groupon has shown amazing revenue growth and I would imagine finding the target profit instead of the growth would have been a relatively easy task.

“It’s a communications issue between Groupon and the financial markets. Groupon is a growth proposition not a blue chip dividend machine and should be treated as such.”

CEO of Freelancer.com, Matt Barrie said: “Long term I’ve had my doubts about the viability of the business model, especially when I see ‘group buying’ as a feature that should be inherent in every piece of shopping cart software.

“If Magento, Zen Cart and OSCommerce built in ‘group buying’ as a feature, it would only be a matter of time before free directory sites sprung up pointing to the deals of the day, and Groupon would rapidly find itself out of business. Many analysts have likewise pointed to increasing competition, customer acquisition costs, and shrinking margins.

“However the latest quarterly from Groupon is actually positive. They also have £598m of cash in the bank mainly thanks to the proceeds from the IPO, so CEO Andrew Mason has a bit of leeway still to continue to cut costs.”

Ross Furlong, managing director of BlogStar.co.uk, said: “There’s no doubt that it is a phenomenon, but the longer term profitability of its business model is a concern considering the high marketing costs, especially compared to that elephant in the social media room – Facebook.

“Having slashed their marketing costs to show that profitability is viable, watchers will now want to see what effect that has on slowing the company growth. Until the marketing costs/profitability equation is understood, Groupon will probably not enjoy the investment halo effect of Facebook’s IPO that some predicted.”

Chris Whitelaw, president of I Spy Marketing, said: “Groupon appears to be struggling to get the balance right between its own marketing spend, the satisfaction and timely delivery of deals for consumers and the right returns for businesses in an increasingly competitive and crowded space. The high growth rates it was achieving could not continue indefinitely.”

Raman Sehgal, founder of Ramarketing, said: “A huge challenge in this sector is the nature of bargain hunters in that they are very rarely brand loyal. So building a sustainable business model with such a fickle switch-happy customer driving the sector will be very difficult. Having said that, like all good market-led businesses, giving consumers what they want i.e. discount and deals on the stuff they really need and want is much more likely to produce a brand loyal consumer and sustainable sector.”

So can a daily deals website stay viable at a £8.9bn valuation? If not, a collapse would dwarf even the titanic losses seen in the dotcom bust years. 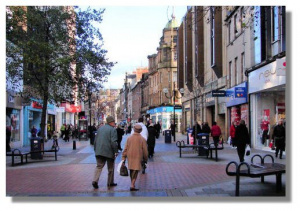