London’s tech startup scene has attracted a lot of attention as it has sought to establish itself as a tech capital and, as a report published only this week highlights, London is now considered a better bet for tech investors that Silicon Valley. However, as it becomes increasingly saturated, other European locations may offer advantages that Silicon Roundabout cannot match. Will the tech capital of Europe soon be much further east than East London?

There are signs that the growing Romanian technology startup scene has started to attract a lot more international attention and it could take as little as two years for it to be seen as a true rival to London thanks to the strong startup and tech culture that already exists there. The country has the highest number of terms of technology workers per capita in Europe, whilst recent successful exits from the likes of Avangate and UberVu are fuelling the new tech startup boom. The tech industry further benefits from an attractive level of taxation compared with much of the rest of the Europe.

Romania has all the elements in place to provide the country with a strong startup market. There is a culture of programming, innovation and incubation; highly rated universities; moderate taxation levels; dedicated tech events; a global outlook; and an influx of major corporations which inspire, partner with and buy from startups, as well as offering a safety net for entrepreneurs with paid employment opportunities.

Romania has what it takes to challenge its western neighbours. There’s a new level of excitement in Romania around the tech startup scene – we are growing quickly and ready to take on the world. People are used to starting with nothing in Romania and growing something from that: we have not had government initiatives to help us set up our businesses. But now a number of elements are coming together, including recently exited entrepreneurs becoming angel investors and VCs to help other founders grow their companies.

At 123ContactForm, we’re a tech startup with a truly international outlook and approach to business. After bootstrapping from 2008 and then in 2010, we joined forces with an angel investor to experience 100 per cent year-on-year growth since forming, with around 200,000 new customers in 2014 alone. In fact, five per cent of free users are from the UK and 6.5 per cent of paid users are based in the country.

With Romania’s economy steadily improving since the 1990s, better access to information thanks to increased Internet penetration, and a growing IT industry, a number of visionaries have nurtured the growth of the startup ecosystem in the region, creating incubators, co-working spaces and dedicated events to help emerging entrepreneurs. The largest dedicated tech conference in Eastern Europe, HowToWeb, is held in Bucharest.

Romania also has a number of highly rated universities in cities such as Bucharest, Timisoara, Cluj, Iasi, and Constanta, that provide a regular source of talented people and help with its success in tech innovation.

Whilst it may never overtake London, the future is definitely bright for the Romanian startup scene. The number of people involved in startups is growing every year, and numerous events that educate and train on how to become an entrepreneur. The younger generation is showing an interest and more successes are taking place all the time. And the more success stories Romania has, the better its chances of taking on London, Berlin – even Silicon Valley.

Florin Cornianu is the CEO and co-founder of  web form builder 123ContactForm. 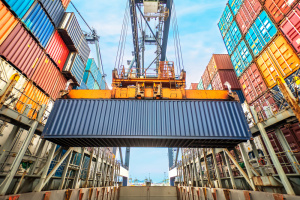 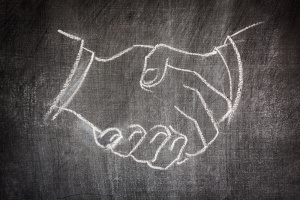