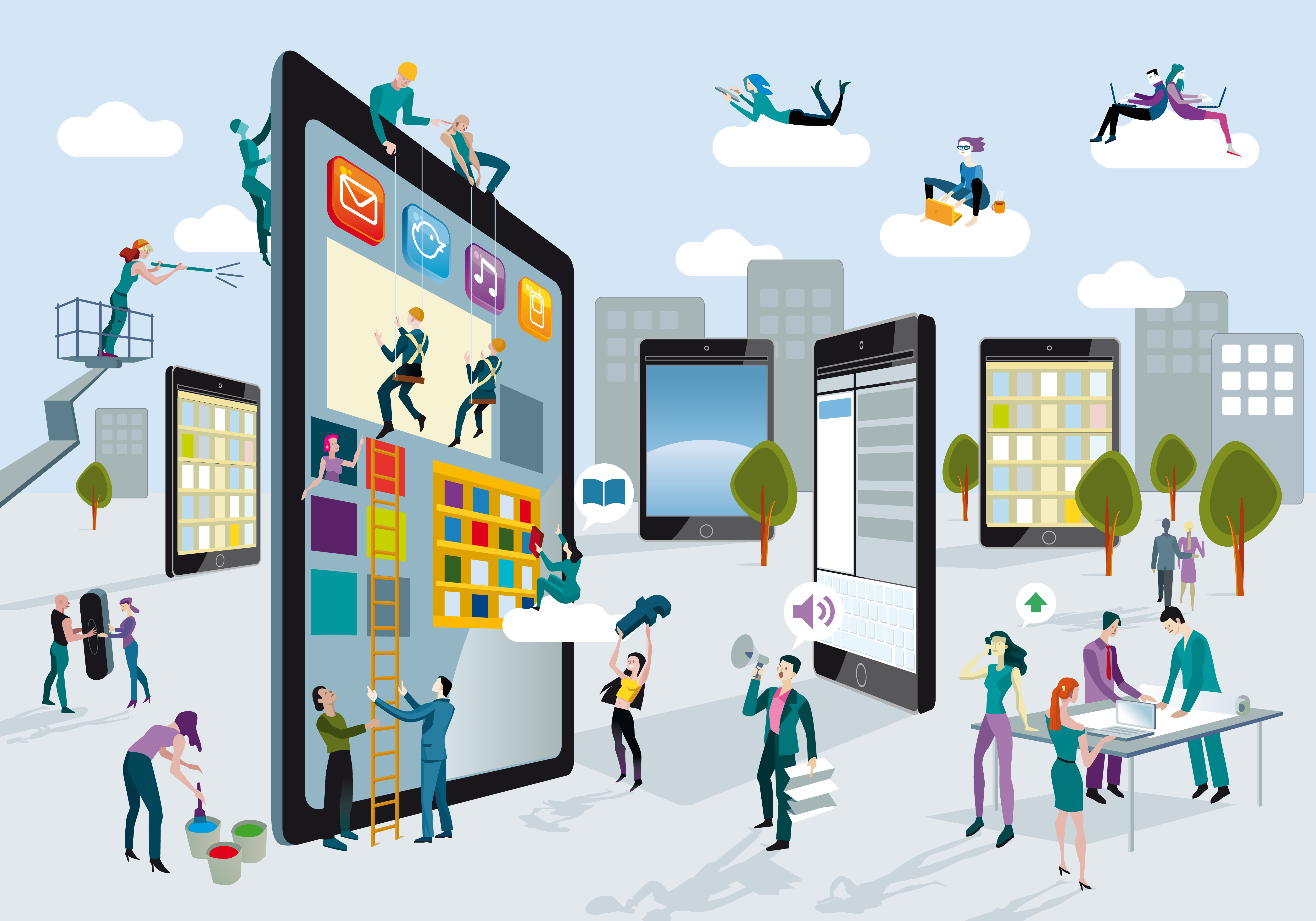 Technology is all around us, from smartphones to social media ? it’s in the faces of Brits constantly.

Most companies are well aware of the power of online and how it’s eaten into the prospects of some traditional members of the bricks and mortar high street, but customer satisfaction with digital still isn’t quite there yet.

Of course, you can never please everyone, but a new study from internet performance firm Dyn has revealed that just 37 per cent of companies globally think they receive the best services and experiences online, which means two-thirds of consumers still believe work needs to be done.

Facebook recently launched an SME Bootcamp in London to help teach and encourage entrepreneurs and businesses to adopt the social network in order to communicate their brand message with their customers, and Real Business spoke to the firm’s SMB director about the project to support growing UK ventures.

It’s a step in the right direction following alarming data from Small Business Saturday in December, which highlighted a couple of missed opportunities:?

1.?75 per cent of British SMEs are not using social media to engage with local consumers

2. 28 per cent of consumers think local companies that don’t have websites ?are outdated and can’t keep up with the times??

Businesses have a difficult challenge as the technology landscape continues to change on a constant basis and there are many factors to consider, but social media and a website ? a landing page at the very least ? are seemingly some of the basic expectations today’s consumers have.

But as retailers continue to adapt to the new technologies, and consumers adapt to even newer innovations, can the online shopper ever be truly satisfied?

One thing is for sure: risks are essential. It’s certainly worked out for Mike McGee, co-founder of creative studio Framestore, who told Real Business: ?If you keep being safe then there’s only way you go ? and that’s not to a good place.??

He made the statement when explaining that although the former four-man startup didn’t always know what it was doing, it experimented which led the company ? now at over 1,000 employees ? to win an Academy Award for daring to innovate.

The Dyn study found British shoppers were the most unsatisfied with the mobile experience they were presented when compared to the rest of the global respondents ? 40 per cent said mobile shopping isn’t as fast or easy as shopping on a computer.

Adding salt to the wound, 36 per cent of Brits added they don’t plan to make purchases from mobile devices this year. That means there’s huge potential for mobile commerce to surge, with a separate report in January finding that?mobile sales now account for 43 per cent of transactions nationwide.

As mobiles are so accessible and always with the shoppers, Dyn revealed two-thirds of Brits said they expect retail channels to provide the same quality and speed as computers ?most of the time,? demonstrating the room for improved sales.

A reported spike in mobile purchases came from Rakuten Marketing ahead of Valentine’s Day, which found that?romance-related sales via smartphones had grown by 91 per cent year-on-year.

Mobile website and app development may seem like an additional expense to retailers, but costs are falling as third-party developers are competing to win new clients, thus some self-service options are now available on the market to help shops on a budget secure a digital presence.

Ultimately, 56 per cent of UK shoppers believe consistency is the key to improving ecommerce overall, with brands delivering the same experience across computer, mobiles and in stores, Dyn found, noting that Brits are set to spend ?52.25bn online in 2015.

Additionally, 45 per cent of consumers said they would be happy to buy items via social media through a ‘Buy Now’ button, making it clear consumers are flexible in their spending and open to experimenting with new trends.

Typically, speed is the main reason for abandoning an online shop for 27 per cent of respondents, while half of no-nonsense Brits admitted they head directly to a rival website to make the purchase, and 42 per cent said slow and bad quality sites will damage brand trust.

Paul Heywood, MD EMEA, Dyn, said: ?These survey results prove that consumers are willing to spend their money with retailers who provide the best online experience, regardless of where they are geographically located. For retailers this is an unbelievable opportunity to penetrate new markets, but to succeed they must ensure that they offer the same quality experience for shoppers.?