My immediate reaction on seeing the Brand Price Match campaign for Waitrose was that the retailer must be struggling, but looking at the latest data from Kantar it appears nothing could be further from the truth. During the past two years, Waitrose, the UK’s sixth largest supermarket, has reported 20 per cent growth in sales, making it the fastest-growing supermarket in the UK, an impressive performance and particularly in the current economic climate.

My knee-jerk response dates back to the time when I was the marketing director at Allied Bakeries. Then our imperative was to break the cycle of aggressive discounting and obsessive focus on price that was bleeding the market dry and instead add value through innovation and new product development. The strategy was highly successful – our main brand, Kingsmill, overtook Hovis as the market leader and margins improved significantly.

Waitrose’s Brand Price Match will inevitably hit margins. It carries the risk of unsettling Waitrose loyalists who have bought into the promise of superior quality and a clear conscience. Not exactly reassuringly expensive, but, for those who can afford it, there is clearly value in knowing that suppliers are being paid a fair price and that animal welfare and environmental considerations have not been compromised, even if it does mean a few extra pounds on the weekly shop.

Of course, price is important in this sector and even premium players such as Waitrose and Marks and Spencer have to work hard to reassure customers that they provide good value. In its 2004 campaign, Waitrose used the advertising strap-line “Quality food honestly priced” – the price message was clear but was tempered by high production values and an emphasis on ethical sourcing. In 2009, Waitrose introduced its “essentials” own-label range with a pared down, price-driven advertising campaign, similar to the one it is running now. The quality message was still there, but now felt secondary.

The essential range now accounts for 17 per cent of sales and, according to the retailer, has been a major contributor to sales growth as well as broadening their customer base – a success that has no doubt been a major driver for the current campaign, fuelling the company’s desire to attract more new customers and grow further and faster. This, of course, is entirely laudable, but it’s important to remember that price-driven marketing is, like gambling, addictive and risky. Waitrose will no doubt assert that it is not competing on price, but simply addressing the perception that it is expensive. However, by choosing to match prices with Tesco, it is in danger of being drawn into a price war with the big three supermarkets by proxy. It will be interesting to see if the ends justify the means as far as the bottom line is concerned.

Finally, it is important to remember that customers who are attracted by low prices tend to be far less loyal than those who come for other reasons. In pursuing their new strategy, Waitrose cannot afford not lose sight of the values and customers that have served them so well in the past. Was I the only person who found its choice of Delia Smith as a “food ambassador” rather incongruous? While clearly entitled to her opinions, Delia is, after all, a woman who, not long ago, made headlines for supporting battery-hen farming and questioning the value of organic food?

Frances Brindle is the British Library’s director of strategic marketing and communications. The British Library Business & IP Centre (BIPC) hosts events and workshops to help SMEs and growth businesses, focusing on e-marketing and growing your business on a shoe-string. Look out for its series of events for Global Entrepreneurship Week (15-19 November) which will focus on networking and mentoring: www.bl.uk/bipc 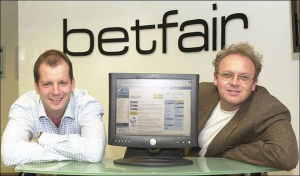 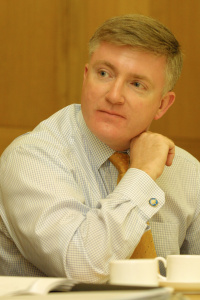 Mark Prisk on the importance of manufacturing