As UK unemployment stands at its highest level since 1994, with 8.4 per cent, Britain’s business leaders say that jobs are not in short supply – but talent is.

The skills-gap, which determines the difference between the skills needed on the job and those possessed by the applicants, is widening in the eyes of employers surveyed by The Economist Intelligence Unit for their ‘Training out of the Recession’ report. The survey was commissioned by Promethean.

A more efficient and better trained workforce would lead to a 20 per cent increase in profit, Britain’s SMEs expect. 90 per cent of respondents agreed that additional training would boost worker productivity by five per cent or more, and some 86 per cent said the same effect could be achieved for customer satisfaction.

But training their way out of the recession is costly, and few companies are devoting more resources to training. On the contrary, over one fifth of respondents said they were investing even less in training than ever before.

The training level is decreasing even though current training is widely considered inadequate. Over two-fifths of UK respondents say that training at their organisation is not good at improving innovation among employees.

Some 84 per cent of companies argued that it was the individual jobseeker’s responsibility to improve their skills, more so than it is the role of central governments and individual businesses.

Younger job-seekers should invest in further education, while the more experienced workforce is expected to constantly broaden their skills relevant to the job. In fact, almost half of UK executives think more mature workers (51-75 year olds) should work on becoming more adaptable and flexible team players.

Jim Wynn, Chief Education Officer of Promethean, said: “Skills training is not just a growth issue, but a vital component for companies in surviving this recession. The challenge is that fewer employers are devoting adequate resources to training yet the benefits of training are hard to ignore.”

It is widely recognised that a better trained workforce would have a positive impact on profit, employee productivity and customer satisfaction. But whose responsibility is it to carry out the training?

“During this challenging time we are all making strides to combat unemployment so we must all recognise that training is a key component to stimulate growth, and therefore an issue for employers, employees and the nation. Improving the quality of training starts with increasing collaboration and interactivity to support a more personalised training experience. As a result, we will see a boost in productivity, the strengthening of our businesses and benefits to the economy as a whole,” Mr Wynn said. 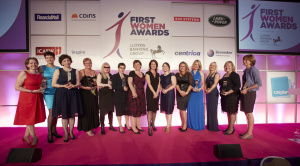