The Candy brothers have already sold over 50 of the ultra-expensive apartments, and have less than 30 left to go, according to newspaper reports.

The most expensive penthouse apartment was sold for a whopping £135m to “an unknown foreign tycoon”, who has since ordered an extra £50m of interior works. This is the most expensive apartment in the world, property experts claim. Another of the development’s four penthouses has been snapped up by Sheikh Hamad al-Thani, the PM of Qatar.

This is all good news for Nick and Christian Candy, who have already repaid £900m of the £1.1bn they borrowed from Eurohypo Bank to fund the project. “The balance will be paid by the end of the month,” Nick Candy told the Telegraph.

One Hyde Park includes three retail units totalling 385,000 sq ft and 86 residential properties with a starting price of around £20m.

The brothers have sold retail spaces on the ground floor of the apartment block for £50.4m to Rolex and Abu Dhabi Islamic Bank.

Nick and Christian Candy – sons of an advertising creative and a drama school student, brought up in Surrey – have successfully turned the area once occupied by Bowater House into homes for the world’s super rich.

The pair bought their first flat in Earls Court in the mid-nineties, with £6,000 loaned to them by their grandmother. They did up the flat, sold it, and bought another. And then another. Their property business snowballed and the pair started to specialise in dream homes for the ultra-rich.

In 2008, they took possession of Chelsea Barracks in a deal which involved them and the government of Qatar paying the Ministry of Defence £900m.

One Hyde Park is their biggest gamble so far – and by the looks of it, these property tycoons will be successful. 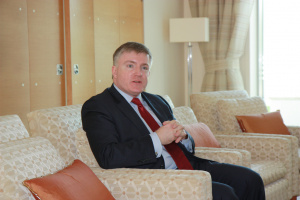 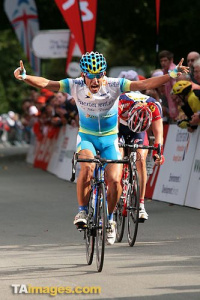