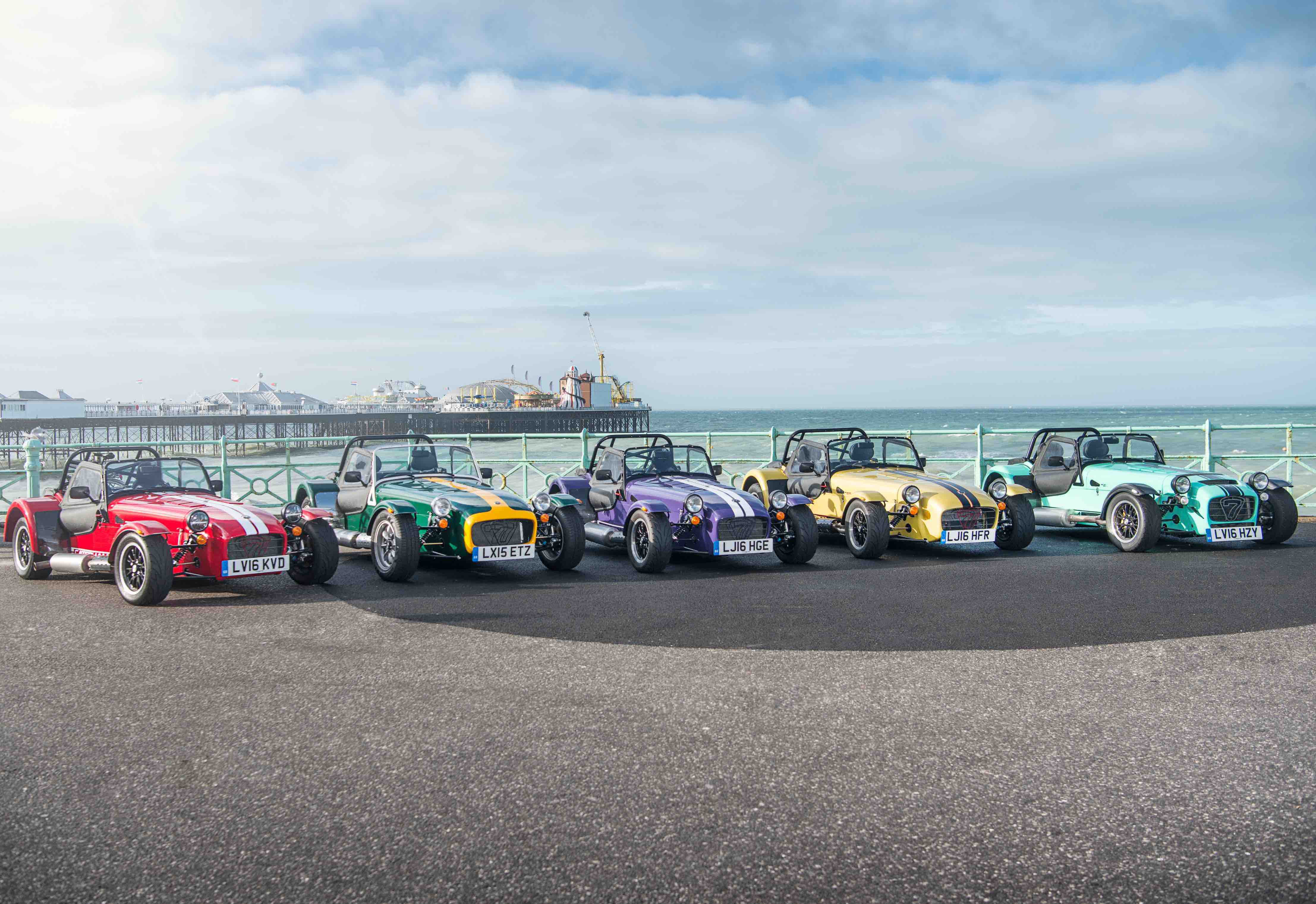 Share via
The business, which is based in West Sussex?near to the town it is named after, sold 600 of its Caterham Seven model in the last 12 months as it defied Brexit worry of an export slowdown. Total revenue from new car sales reached ?13.1m, with the average value of each unit sitting at ?22,000. That meant a business turnover for Caterham Cars as a whole of ?19.7m. The last year saw the launch of the Caterham Seven 310 and Seven Sprint models, with ten per cent of the company?s sales being the Sprint offering. Over 100 Sevens were told to French customers, while more than 60 made it to buyers in Japan. Caterham CEO Graham MacDonald said that, as the company predicted, the Brexit vote had a ?negligible? impact. ?Export customers may have benefited in the short term due to the weaker pound but, when you look at the markets, the UK and other territories have not faltered in 2016.? Recovery in 2016 has occurred after the company went through?a tumultuous few years prior. Having been bought by businessman Tony Fernandes in 2011, the business entered Formula 1 racing. However, in 2014, Fernandes sold the Formula 1 part of the business shortly before it slipped into administration. A ?2.5m crowdfunding campaign allowed it to compete at the season-ending race in Abu Dhabi, but a buyer for the team was never found by administrators. [rb_inline_related] However, it appears the years spent in Formula 1 provided Caterham with an increase in global brand awareness, something which has produced strengthening international sales. The car manufacturer?s export figures are at odds with statistics recently released by the Office for National Statistics, which found the trade deficit increased to ?4.17bn in November ? up from ?1.57bn during the same period in 2015. The deficit widened after export rises of 1.5 per cent were countered by import increases of 6.9 per cent. Caterham COO David Ridley said growth for the business has been achieved by it?s ?unique partnerships? and increase in dealers. ?Over the last 12 months, we?ve worked hard to expand our dealer network, had the 620R immortalised in LEGO and seen the 310 model become an instant favourite,? he added. ?We?re keen to continue this momentum in 2017 as we celebrate 60 years of the Seven.? Dealer representatives were added in the North West and South West of England, as well as the Midlands with the launch of a bespoke Caterham dealership.