In partnership with the Carbon Trust.

The new figures also include the percentage of carbon dioxide emissions generated by business activity in each town or city. Business in the UK is responsible for approximately 40 per cent of carbon emissions and has an important role to play in tackling climate change. Of the areas surveyed, Greater London emerged as the city with the highest overall volume of CO2 emissions (50,754,000 tonnes) with Aberystwyth the lowest at 696,000 tonnes.

Tom Delay, chief executive of the Carbon Trust, said: “Business has a critical role to play in tackling climate change as it is responsible for approximately 40 per cent of CO2 emissions in the UK and poor energy efficiency costs business an estimated £2bn annually.

“Implementing straightforward energy saving measures in the workplace could reduce energy bills by up to 20 per cent, enhance their reputation and drastically cut their carbon footprint.”

The carbon map was designed so cities could better analyse their overall carbon footprint and identify areas where more efforts can be made.

The information underlying the map was compiled as part of the National Air Emissions Inventory (NAEI), and is based upon the tonnes of CO2 emitted by human activity across various sectors per square kilometre. “Human activity” encompasses anything from emissions produced while at home or in the office, to those emitted through the use of transport, through heavy industry, or through general land use.

The NAEI methodology therefore uses a wide range of spatial data, including but not limited to:

A detailed report describing the methodology and outputs of the NAEI is published each year and can be found on the NAEI website. The detailed methodology used to map emissions in the UK (King et al, 2006) can also be found from the link above and the emissions at Local Authority are reported on the Defra website. 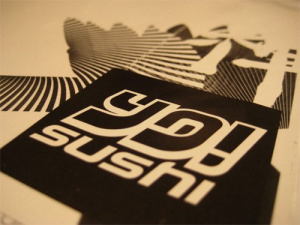