Back in July, it was announced by the government that credit and debit card surcharges throughout the UK would be banned from 13 January 2018.

Described by the government as “rip-off card charges”, it’s estimated the cost of card surcharges in 2010 totalled £473m.

However, it seems companies are making the most of card surcharges while they can – 42 per cent of British consumers have revealed they’re still me with the additional fees when shopping at small businesses.

The research from card machine provider Paymentsense detailed that the card surcharges are found at local SMEs and independent food shops, which is at odds with the country’s movement into a cashless society as fewer people carry cash.

At the time the ban on card surcharges was announced, economic secretary to the Treasury, Stephen Barclay, said: “Rip-off charges have no place in a modern Britain and that’s why card charging in Britain is about to come to an end.

“This is about fairness and transparency, and so from next year there will be no more nasty surprises for people at the check-out just for using a card.

“These small charges can really add up and this change will mean shoppers across the country have that bit of extra cash to spend on the things that matter to them.”

Some 31 per cent of London shoppers said they had noticed small retailers end card surcharges, but this plummets to just 15 per cent in Bristol, while Birmingham and Manchester were also low at 21 per cent and 22 per cent respectively.

Seemingly, shoppers are wise to card surcharges though, as 37 per cent of shoppers have abandoned their baskets when met with the additional costs since the government ban was revealed. This rose to 41 per cent in the capital, while just eight per cent of Brits said they still pay the fees.

The average UK card spend in a small business is £135 a month so, with shoppers abandoning their baskets, SMEs have lost out on around a £10bn spend since the clampdown on card surcharges was revealed, the study found.

“We believe the upcoming change will help small businesses as well as consumers. Shoppers previously affected by a potential surcharge are likely to see a saving of between two and three percent per card transaction,” said Guy Moreve, head of marketing at Paymentsense.

“Our study also highlighted that SMEs across the country have lost revenue and customers by maintaining card surcharges, after the ban was widely announced.

“However, after January 13, everybody will know where they stand, and the days of surcharge-related walkouts will be gone. This can only be a good thing for the UK’s small businesses.” 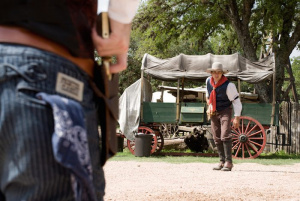