Carillion has gone into liquidation. From a market capitalisation of £2bn in 2016 to a position where debts equate to almost that amount, it’s the end of the road for one of Britain’s most active construction firms.

In recent years, Carillion has been awarded lucrative contracts such as High Speed 2 (HS2). However, the government will now have to work out how developments such as this, alongside crucial maintenance of schools, prisons and other public services, will be satisfied.

The story that has emerged in recent days suggests decision makers in Whitehall continued to award multi-million, or sometimes billion, pound contracts to Carillion despite its dire position.

Many have argued Carillion undercharged in the tendering process and then squeezed subcontractors to make them profitable. These SME subcontractors now face missing out on unpaid fees.

The Federation of Small Businesses (FSB) national chairman, Mike Cherry, said: “There is a wider lesson to learn about the concentration of public contracts in the hands of a small number of very big businesses.

“Public procurement must be much more small-business friendly, in which it is easier for small firms to navigate the system and the government should prioritise meeting its target of at least one third of taxpayer-funded contracts going to smaller firms.”

The target Cherry mentions, making sure £1 in every £3 the government spends by 2020 is with British small businesses, seems a long way off. Departments such as the Ministry of Defence, the Department for Work and Pensions and HMRC are repeatedly found to be over-reliant on too few suppliers.

Awarding public sector contracts to big companies such as Carillion, G4S and Capita to de-risk public spending makes no sense if proper due diligence on these firms is years old and does not reflect current financials.

However, for Jamie Waller, who won multiple government contracts when he was CEO of JBW Group, said it’s not about spreading risk, but negating it.

“If government procured sensibly in the first place this would have been avoided. This competitive procurement that requires the price to be driven down to single digit profitability and the supplier to take all the implementation risks and costs up front normally means that these businesses fork out millions or billions in the first few years of a contract and only make a profit in the last year or worse, just the last few months. Of course, that ends in some running out of cash and going bust.

“The private sector should not be asked to take this level of risk on behalf of the government. It creates failure”.

Bernard Jenkin, the Conservative chairman of the House of Commons Public Administration Committee, said of the situation: “Ironically, Whitehall tends to do contracts with companies that it always does contracts with, because that’s the safe thing to do – that’s the perception. A great many small and medium-sized companies feel excluded.”

Not only have SMEs been overlooked for government contracts, these companies are also the ones that stand to be hit the hardest by the Carillion collapse. 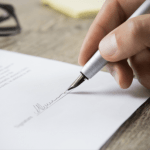 The FSB’s Cherry added: “It is vital that Carillion’s small business suppliers are paid what they are owed, or some of those firms could themselves be put in jeopardy, putting even more jobs at risk besides those of Carillion’s own employees. These unpaid bills may well go back several months.”

Not only would SMEs treat subcontractors and suppliers better when it comes to payment terms, but each would make a genuine effort to deliver exactly what is set out in the contract. Why? Because each contract would be an audition for the next.

David O’Brien, SME growth consultant with national network Business Doctors, told Real Business: “The rapid and public demise of Carillion should be a sign for the UK government, and for SMEs, of the benefits of spreading the risk by ensuring that SMEs (who make up 99 per cent of UK businesses according to the latest government figures) win more of the available public sector business.

With 16m people employed in SMEs, this would be a way of safeguarding jobs and supporting entrepreneurship which will be vital as the UK seeks new markets on leaving the EU.”

First up was making the process simpler. Having filled out applications as an entrepreneur herself, Jones knows all about the mandatory information form that must be completed each and every time and thinks technology can help in either an auto-complete or vetting capacity to tick that box and ensure a business owner never has to do it again.

Next on her agenda is promotion of the opportunity to sell to government. “We are doing a programme of webinars where government representatives will talk about the products they are looking to buy from small businesses – after all, there are £15bn worth of contracts up for grabs,” she revealed.

The third element centres on innovation, creating a system where procurement executives can get exposure to new technologies that they might not even know they need, let alone be issuing tender requests for.

However, all of this is reliant on Whitehall spenders making a conscious effort to engage with SMEs. Smaller businesses are calling out for more spend from both central and local government. The more the government ignores this the greater the chance we will run into catastrophes, like the failure of Carillion, again.

If there is anything positive to be taken from the demise of Carillion then it should be a rethink on how the government hands out contracts. Let’s hope Theresa May’s decision to not prop up the private sector helps usher in a new era.

The current bloke isn’t up to the job, so I’m running for London mayor, says Charlie Mullins 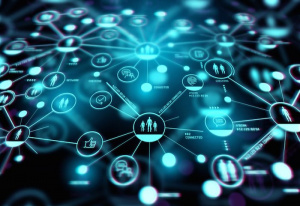 The 2018 business trends… data is a key theme