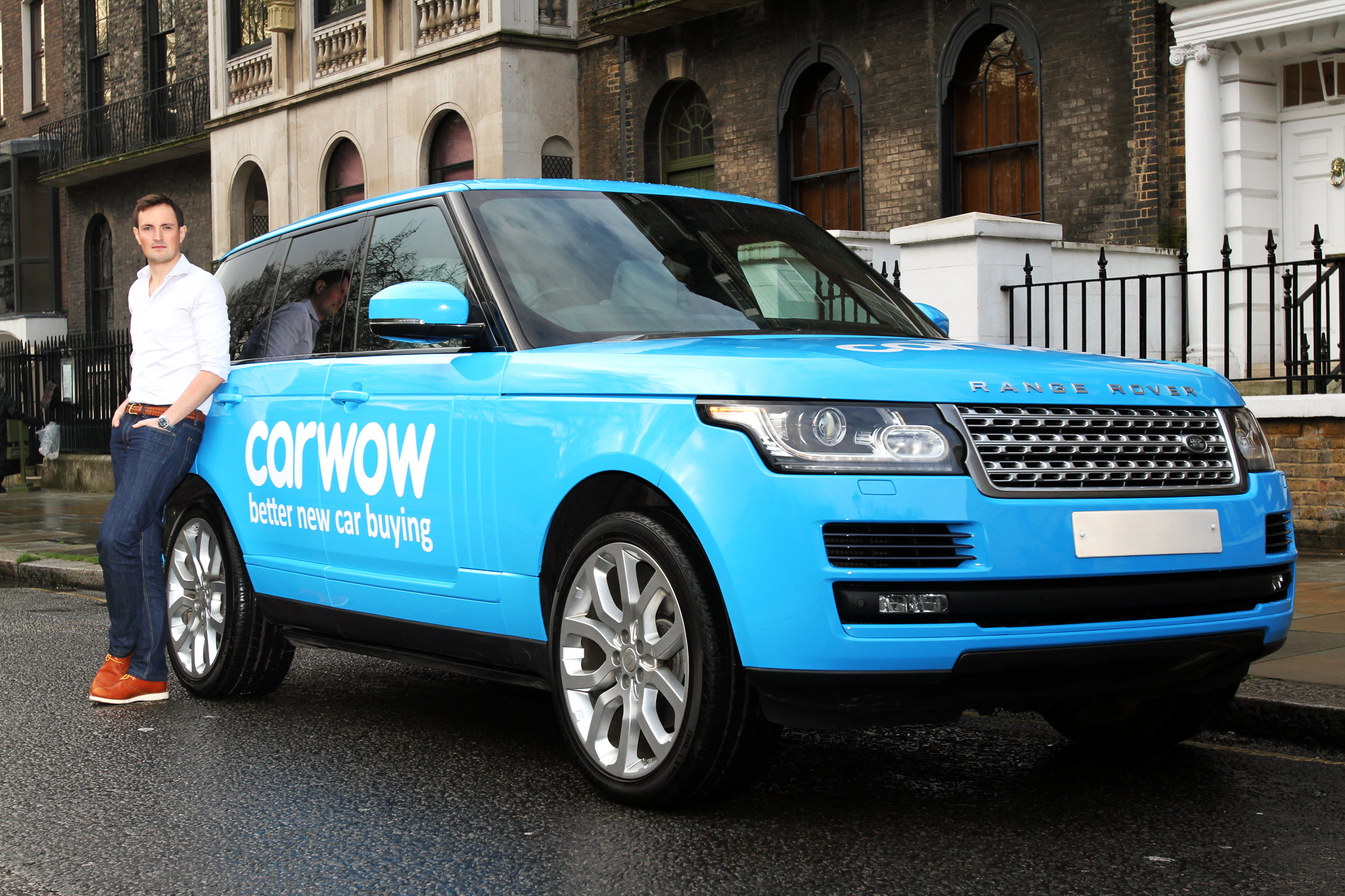 (1) Who are you and what?s your business?

I?m James Hind and I?m the co-founder of Carwow ??an online platform where users can purchase brand new cars and compare quotes from dealers all around the UK. I launched Carwow in 2013 with the help of two friends, Alex Margolis and David Santoro.?Margolis?is the company?s head of design whilst?Santoro?acts as chief technical officer. Together, we wanted to create a car-buying process that was fairer to the consumer in every way, both in terms of receiving the best service and getting the best price. Through impartial reviews, the site enables people to research new cars they?re interested in buying, request quotes from local or national dealers and compare offers by price, dealer location and dealer ratings from other Carwow users. On average, the site saves users ?3,600 on the price of a new car. (2) What inspired you to start the business? I fell in to entrepreneurship by accident. After graduating from university with a finance degree, I tried interning at a fund management group in the City of London. That experience made me realise I would loathe a career in finance and, after finishing a stint as a ski guide, I decided to try my luck at starting a business. I had this idea to aggregate car reviews online ? such a service didn?t exist at the time, and with no money we launched a very basic website. I quickly realised that what people found really horrible was actually the process of buying a car, and after a year or so we decided to create a platform that made the process easier. (3) How?s the service been received so far? Initially we were only able to help people buy cars in rudimental ways, then we built up the website, investing in technology and the user experience after receiving an angel investment in 2013. We were selling around five cars a month. Users input their personal details and received a list of car dealers they could contact any time, and a list of prices with what they were looking for. Through the Carwow site, users could build the car they want to find. People like our site because we primarily want to help the consumer. Other sites, like Autotrader, have expensive business models. They are not performance-based, and simply point consumers towards dealers, that?s not what Carwow is about. Car dealers themselves have been receptive to Carwow too. So far, 1,200 have signed up and when they join, they don?t leave. Dealers have been very receptive to us. I?m now proud to say that we have a million users signed up, we?ve sold over ?550m worth of new cars via the site and saved consumers a combined total of around ?64m. Read more about the car industry: (4) How easy has it been to raise funds for the venture? The hardest part was getting it off the ground in the first place. We put in ?7,000 between the three of us at the beginning, but it was only after we received our first angel investment of ?250,000 that things were able to take off. In December last year, we completed a series B funding round, led by Spotify and Dropbox backers Accel, which secured us a further ?12.5m. Accel took a lot of time to understand our market and I was really impressed with the due diligence process. A lot of work went into getting to know Carwow. (5) Where do you plan to take the business from here? I want to use the ?12.5m to launch an advertising campaign, building the brand around the older generation of consumer who often find the process of buying a car more difficult. In 2016 we will build up awareness of the brand and increase our network of dealers. At the moment, the plan is also to launch a site specifically for buying used cars:?often a completely different process. Ultimately, we want to become known as the best place to buy a car online, new or used. (6) What would you have done differently when starting up, given the chance? I would have put in place a more rigorous recruitment procedure from the get-go. It?s been the hardest part of running the business. We bought someone in six months ago to be the head of recruitment but I wish we?d done that earlier. A lot of the people I?ve hired haven?t worked out, which is a shame for me and is bad for the progression of the company. My advice as an owner would be to recruit smart and make good use of your time. If, like James Hind, you’ve encountered problems with hiring, have a look at how social media is changing the way we look at recruitment.