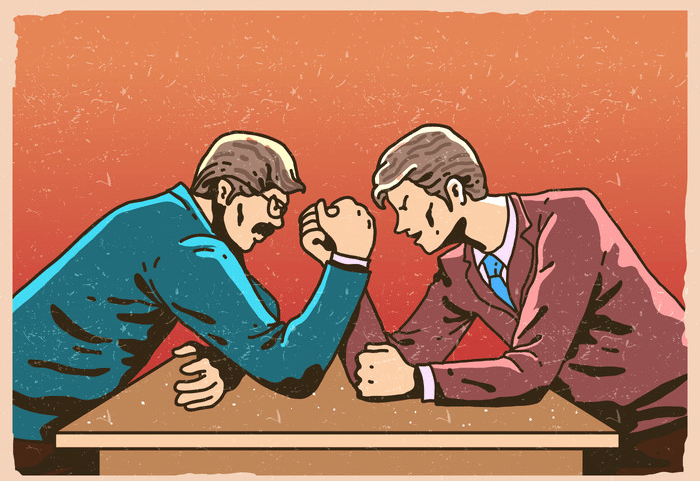 Share via
The history of activist investors dates back to the 1980s, a booming period of business when share prices went in one direction and corporate executives remunerated themselves accordingly. It was also a period of serious IPO (initial public offering) activity, particularly on the other side of the Atlantic. In the US between 1980 and 2000 there were an average of 311 IPOs a year. To put that into context, the arrival of the dot.com boom and bust saw the number of companies going public shrink to around the 100 a year mark. However, those heady days also meant several companies that went public probably shouldn?t have ? making each a ripe target for a new kind of corporate scourge, so-called activist investors. The label has been made famous by the likes of Carl Icahn and Bill Ackman, Americans who crept up on unsuspecting companies and set about conducting wholesale structural changes to improve performance and, ultimately, profitability. The premise behind activist investors is simple. A suitable target is identified based on choosing an underperforming asset which could be improved with a little (or big) nudge in a different direction. Adolfe Berle and Gardiner Means summarised the issues that set up this opportunity well in their 1932 book ?The Modern Corporation and Private Property? when they explained that as a company grows and its shareholders become more dispersed, it becomes harder to hold managers to account. As time goes on, this problem becomes exacerbated and managers can pay themselves increasingly more while shareholders are limited to protests at an annual general meeting. Activist investors step in to either buy up enough stock, in a hostile manner of sorts, to put sufficient pressure on executives and enact change they believe will lead to better share price, or they simply sell their stakes back to management at an inflated price to take the pressure off. So, how might you say does this apply to SMEs ? businesses which aren?t posting billions in revenue or even listed on a stock market? While smaller companies are not immune to complacent management teams or just outright greed, a lack of share liquidity ultimately protects them. Sure, shares will change hands in the event of a fundraising or acquisition, but these scenarios do not present themselves very often and are largely at the behest of the very people guilty of complacency or greed. However, in recent times, several new approaches have provided a way for shares in smaller companies to change hands ? creating an environment for activist investors to perhaps operate in. One such example is Asset Match, a platform designed to facilitate off-market share transactions. Investors in companies like London-based football team Tottenham Hotspur, which is not a listed entity, can thus either sell off shares they believe are worth more than was paid for them or buy up more to secure a larger slice of the pie. Asset Match has also helped businesses such as Scottish beer brand BrewDog stand by its commitment to provide liquidity events for its early shareholders. Starting off in 2014, the platform enabled 118 individual shareholders trade, off market, ahead of any buy-out BrewDog may be part of. In the equity crowdfunding space, Seedrs has created a secondary market. This will allow investors to sell shares in companies they have backed through Seedrs as well as increasing stakeholdings. As a growing number of companies take to platforms like Seedrs to raise growth capital, this will provide an important means for shares to remain liquid and investors? money not tied up indefinitely. Share transactions in the two ways I have just touched upon have so far been conducted in good nature, not as a way of covertly acquiring enough of a share to disrupt the boardroom. But could, and should, that happen in the near future? For activist investors to be successful in what they are trying to do then a head must not seem them coming. If a CEO spots an activist before they can bite off a foot or leg, preemptive measures can be taken to stem the flow of blood. By handing over the transaction of shares to shareholders themselves, this does in theory provide a cloak of invisibility. Unlike bloated corporates, SMEs are more agile and adaptable. Savvy investors may be able to spot inefficiencies or outright failings in need of addressing. There will be many out there arguing that activist investors are only out for making short-term gains, risking long-term value creation. However, recent research carried out by Duke University in the US found that this kind of “hostile behaviour” does not slow down the rate at which businesses put money into innovation. Alon Brav of Duke University’s Fuqua School of Business said of the companies he and his team studied: “Firms became more consistently focused. Instead of innovating in some peripheral division, they focused on their core capabilities and innovated in those areas.” It seems activist investors bring about a sense of perspective and focus, forcing management teams that may have been?hedging their bets on a number of avenues to dial down and work out where money is best spent. In conclusion,?it’s probably apt to reveal the other name activist investing goes by ? deep value investing.?This term implies it is all about uncovering the valuable assets a company has, and getting a management team to divert time away from what is clearly not working. It may have been lurking just below the surface or buried in a mountain of legacy work. CEOs by nature may not wish for the kind of intervention, and stress, that activist investors bring ? but it might just be what is needed in businesses trading away from the bring lights of the stock market and without a sea of shareholders breathing down their necks. [rb_inline_related]